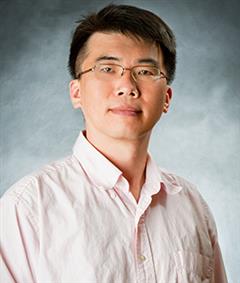 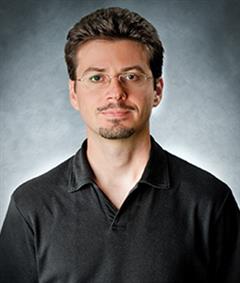 By combining two highly innovative experimental techniques, scientists at the University of Illinois at Urbana-Champaign have for the first time simultaneously observed the structure and the correlated function of specific proteins critical in the repair of DNA, providing definitive answers to some highly debated questions, and opening up new avenues of inquiry and exciting new possibilities for biological engineering.

Scientists who study biological systems at the molecular level have over the years looked to the structure of protein molecules—how the atoms are organized—to shed light on the diverse functions each performs in the cell. The inverse is also true: observing the specific work particular protein molecules perform has provided important clues as to the conformation of the respective molecules. But until recently, our most advanced laboratory experiments could only investigate one at a time—static form or dynamic function—and from the results, deduce the other. This indirect method often doesn’t provide definitive answers.

Now Illinois biological physicists Taekjip Ha and Yann Chemla have combined two cutting-edge laboratory techniques that together directly get at the structure-function relationship in proteins. Ha is well recognized for his innovative single molecule fluorescence microscopy and spectroscopy techniques. Professor Yann Chemla is a top expert in optical trapping techniques. Their combined method—simultaneous fluorescence microscopy and optical trapping—yields far more definitive answers to questions relating structure to function than either technique could independently.

Working in collaboration, Ha and Chemla each applied the above techniques in their laboratories, with conclusive results. The findings of these experiments have been published in two separate articles in the April 17 issue of the journal Science.

Chemla’s lab team looked at the structure-function relationship in the helicase UvrD, a protein, found in the bacterium E. coli, that separates strands of DNA in need of repair by unwinding and unzipping them. There is an equivalent protein that performs the same vital process in humans. The first question Chemla’s team investigated was how many UvrD proteins are required to perform this task—recent debates among scientists have the number at either one or two.

“The way we answered this,” explains Chemla, “we put a dye molecule on each protein with fluorescence—so we could count them. Then we watched the unwinding with an optical trap. We found that a single UvrD helicase can do something—it unwinds the DNA, but not very far. It just goes back and forth a small distance, so we call it ‘frustrated’. When we have two UvrD molecules, it seems to unwind much further and doesn’t go back and forth as much.” 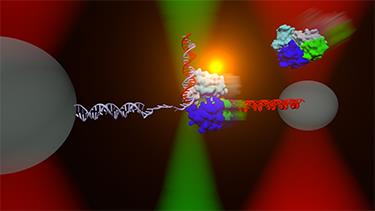 The DNA repair helicase UvrD can exist in an “open” (green, blue, cyan, and gray colored protein, upper right) or “closed” (middle) conformation. An instrument combining optical traps (red cones) and a single-molecule fluorescence microscope (green) is used to measure directly the relationship between these two structural states and their respective functions on DNA. Image by Matt Comstock, University of Illinois at Urbana-Champaign
Chemla’s team also resolved one question on the structure-function relationship in UvrD. There are two distinct structures or states that are associated with UvrD, with the molecule organized in either an “open” or “closed” position. The function associated with each state has been debated among experts for several years.

“We found that the molecules actually swiveled from open to closed and back again. As it turns out, the closed state unwinds the strands, using a torque wrench action. The open state allows the strands to zip together.”

In Ha’s laboratory, the team engineered a structurally homologous helicase protein called Rep, fastening it in either the closed or the open state by using a cross-linking molecule as “tape”.

The team found that when locked in the closed position, it becomes a “superhelicase” capable of unwinding double-stranded DNA over a great distance. Locked in the open position, the helicase was defunct—it performed no task.

The ability to bioengineer molecules to perform specific tasks holds promise for applications, including rapid DNA sequencing with nanopore technology.

Ha comments, “The superhelicase we engineered based on our basic, fundamental understanding of helicase function can be used as a powerful biotechnological tool for sensitive detection of pathogenic DNA in remote areas, for example.”

The team repeated the experiment on another structurally homologous helicase protein called PcrA, with the same result. Here, the team was further able to show how another protein that interacts with PcrA and is known to contribute to its effectiveness physically achieves that purpose. The team was able to demonstrate that the addition of the protein locked PcrA in the closed state.

“Proteins are flexible,” explains Chemla. “Each may serve multiple functions. The presence of other proteins can determine which function is active by changing its structure.”