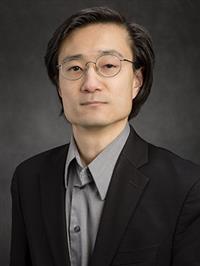 Professor of Physics and of Bioengineering Jun Song
More than 500,000 people in the United States die each year of cancer-related causes. Now, emerging research has identified the mechanism behind one of the most common mutations that helps cancer cells to replicate limitlessly.

Approximately 85 percent of cancer cells obtain their limitless replicative potential through the reactivation of a specific protein called telomerase (TERT). Recent cancer research has shown that highly recurrent mutations in the promoter of the TERT gene are the most common genetic mutations in many cancers, including adult glioblastoma and hepatocellular carcinoma.

TERT stabilizes chromosomes by elongating the protective element at the end of each chromosome in a cell. Scientists have discovered that cells harboring these mutations aberrantly increase TERT expression, effectively making them immortal.

Now, a collaborative team of researchers at the University of Illinois at Urbana-Champaign and at the University of California, San Francisco, has uncovered the mechanisms by which mutations result in elevated TERT expression. The team’s findings, published in the May 14 issue of Science, have exciting implications for new, more precise and personalized cancer treatments with fewer side effects compared with current treatments. 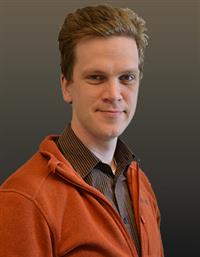 Physics Illinois postdoctoral researcher Hans Tomas Rube played a key role in the discovery
By integrating computational and experimental analyses, the researchers, led by Illinois biological physicist Jun S. Song and UCSF cancer biologist Joseph Costello, identified that the mechanism of increased TERT expression in tumor tissue relies on a specific transcription factor that selectively binds the mutated sequences. A transcription factor is a protein that binds specific DNA sequences and regulates how its target genes are expressed (in this case the gene that expresses TERT). Thus, the TERT mutations act as a new binding site for the transcription factor that controls TERT expression. The newly identified transcription factor does not recognize the normal TERT promoter sequence, and thus, does not regulate TERT in healthy tissue.

The team’s work further showed that the same transcription factor recognizes and binds the mutant TERT promoter in tumor cells from four different cancer types, underscoring that this is a common mechanism of TERT reactivation.

The identified transcription factor and its regulators have great potential for the development of new precision therapeutic interventions in cancers that harbor the TERT mutations. A treatment that would inhibit TERT in a targeted cancer-cell-specific manner would bypass the toxicities associated with current treatments that inadvertently also target TERT in normal healthy cells.

Based on these new findings, the team is now conducting a variety of experiments designed to test whether inhibiting the transcription factor activity would not only turn down TERT expression, but might also result in selective cancer cell death.

This project was enhanced by the complementary analysis conducted by three research groups located across the country. Joseph F. Costello’s laboratory at UCSF is linked to the UCSF Medical Center and the Helen Diller Family Comprehensive Cancer Center, which allowed for access to human tumor samples that generated the cell cultures and produced relevant models. Jun Song's group at Illinois provided advanced computational analysis of the genomic data and predictions that narrowed in on possible mechanisms behind the previously identified mutation. Finally, through single-molecule analysis, Su-A Myong’s lab at Illinois provided verification that the proposed mechanism operated in the suggested matter.