Goldenfeld and MacDougall recognized for excellence

The College of Engineering at the University of Illinois at Urbana-Champaign will honor exceptional faculty members Monday night, at its Annual College Faculty Awards Ceremony. Two from Physics Illinois will be recognized.

Professor Nigel Goldenfeld is the recipient of the 2017 Tau Beta Pi Daniel C. Drucker Eminent Faculty Award, conferred on faculty members who have received national or international acclaim for contributions to their fields through exemplary research and impactful teaching.

Asst. Professor Gregory MacDougall is a recipient of the 2017 Dean’s Award for Excellence in Research. This award is presented annually to recognize the best research to emerge from the U. of I. College of Engineering’s 15 academic units. 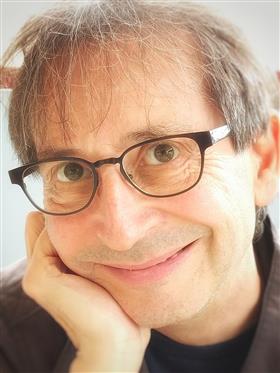 Swanlund Professor of Physics Nigel Goldenfeld
In his research, Goldenfeld explores how patterns evolve in time within both physical and biological systems. His team develops mathematical models to elucidate patterns in the microstructures of materials, the flow of fluids, the dynamics of geological formations, and the spatial structure of ecosystems. His interests in emergent and collective phenomena extend from condensed matter physics, where he has contributed to the modern understanding of high-temperature superconductors, to biology, where his work focuses on evolution and microbial ecology.

Strongly committed to teaching, Goldenfeld authored one of the standard physics graduate textbooks in statistical mechanics. His graduate-level lecture courses are among the most popular offered by the Department of Physics.

Goldenfeld is founder of NumeriX, an award-winning private company that specializes in high-performance numerical software for derivative risk management in the financial markets.

Goldenfeld holds a Swanlund Endowed Chair at the University of Illinois at Urbana-Champaign, with appointments in the Department of Physics and the Carl R. Woese Institute for Genomic Biology (IGB). He is a member of the Institute for Condensed Matter Theory and the Center for the Physics of Living Cells and leads the Biocomplexity Theme at the IGB. Also at the IGB, Goldenfeld directs the NASA Astrobiology Institute for Universal Biology, which explores the origin and evolution of life on Earth and the potential habitability of other worlds such as Europa, Enceladus and Mars.

Goldenfeld is the recipient of numerous honors. He is an Alfred P. Sloan Foundation Fellow, a University Scholar of the University of Illinois, a recipient of the Xerox Award for Faculty Research, and a recipient of the A. Nordsieck Award for Excellence in Physics Teaching. He has been a member of the editorial boards of a number of journals, including Physical Biology, The Philosophical Transactions of the Royal Society, and the International Journal of Theoretical and Applied Finance. 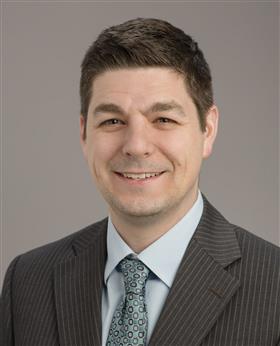 Assistant Professor Gregory MacDougall
MacDougall is an experimental condensed matter physicist, who early in his career has published an extensive collection of well-received articles in peer-reviewed journals. He specializes in synthesizing novel compounds and growing large single crystals in his two labs at the Frederick Seitz Materials Research Laboratory.

MacDougall’s group explores the fundamental properties of these novel materials. Using advanced probe techniques available at national laboratories, such as neutron scattering and muon spin rotation (muSR), his group observes and characterizes emergent phenomena. His current work is primarily focused on orbital order, the effects of magnetic frustration, the interplay between magnetism and superconductivity in correlated materials, and the coupling between spin, charge and lattice degrees-of-freedom in condensed matter systems.

MacDougall received a bachelor's degree in mathematical physics from Simon Fraser University in 2002; he received the Rudy Haering Award for having the highest marks among physics students in his graduating class. He went on to earn his doctoral degree in physics from McMaster University in 2008, where he explored the magnetic properties of unconventional superconductors using techniques such as muSR, magnetometry, and neutron scattering. MacDougall then completed a postdoctoral fellowship at Oak Ridge National Laboratory, in its Quantum Condensed Matter Division. There he used primarily neutron scattering facilities at the Spallation Neutron Source and the High-Flux Isotope Reactor to explore material properties of frustrated antiferromagnets, high-temperature superconductors and thin-film multiferroics. MacDougall joined the faculty at Physics Illinois in 2012.

MacDougall has been recognized with several honors, including a U. of I. Center for Advanced Study Fellowship for the upcoming academic year, a 2015 National Science Foundation CAREER Award, and a 2011 Gordon Battelle Award for Scientific Discovery, conferred by the Battelle Memorial Institute.

The Tau Beta Pi Daniel C. Drucker Eminent Faculty Award demonstrates the ideals of Daniel C. Drucker, dean of the College of Engineering from 1968 to 1984. An internationally recognized scholar in the field of applied mechanics and materials, Dean Drucker's pursuit of scholarly excellence had great influence on the faculty and students of the college. He worked with and supported many programs of Tau Beta Pi, the national engineering honor society. Prior Physics Illinois recipients of this award include Professors Paul G. Kwiat, Dale J. Van Harlingen, Gordon Baym, David Pines, Donald M. Ginsberg, Hans Frauenfelder, and Charlie Slichter.