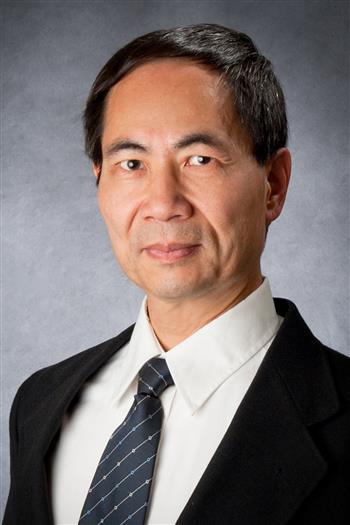 Emeritus and Research Professor of Physics Tai-Chang Chiang
University of Illinois at Urbana-Champaign Emeritus and Research Professor of Physics Tai-Chang Chiang has been selected for the 2019 Arthur H. Compton Award of the Advanced Photon Source Users Organization (APSUO). The award recognizes a significant scientific or technical accomplishment at the Advanced Photon Source (APS), a national synchrotron-radiation light source research facility housed at Argonne National Laboratory and funded by the US Department of Energy’s Office of Science. The award will be presented to Chiang at the APS/CNM User Meeting in early May.

The citation reads, “for his ingenuity and insight in developing X-ray thermal diffuse scattering into an efficient quantitative method for phonon band structure studies.”

Chiang is an early pioneer of the angle-resolved photoemission technique for determining electron band structure of solids, surfaces and films. More recently, Chiang developed the thermal diffuse scattering (TDS) technique, an efficient, quantitative method by which materials scientists at synchrotron x-ray facilities such as the APS can elucidate phonon band structure in smaller samples having microstructures and phase transitions.

The technique has had far-reaching scientific impact on materials research. Chiang’s group has applied the technique to a variety of systems and phenomena, with notable results. The technique has also been adopted by researchers around the world and is described in physics textbooks.

Chiang comments, “My group began working on thermal diffuse scattering right around the time the Advanced Photon Source opened its door to users. We were thrilled by the performance of the brand new 7-GeV ring. I am deeply honored and wish to thank the people who made APS a reality and to my group members and APS staff who helped me tremendously in this research.”

Over the course of his career, Chiang has made groundbreaking contributions to condensed matter physics, surface science, and synchrotron radiation research. He has authored over 300 journal articles.

Chiang’s work on precision electron spectroscopy and structural determination has led to important advances in the physics of electrons, lattice structures, and phonons and their mutual interactions in solids, at surfaces, in films, and at the nanoscale. Chiang is credited as being the first to develop systematic methods for three-dimensional electronic band structure mapping and to demonstrate that atoms of single-crystal surfaces have core level binding energies different from the bulk atoms.

Chiang is the recipient of numerous honors. He is an Academician of the Academia Sinica, Taiwan’s national academy, and a Fellow of the American Physical Society. He received the American Physical Society’s 2015 Davisson-Germer Prize in Atomic or Surface Physics (2015), the Xerox Award for Faculty Research (1985), the National Science Foundation’s Presidential Young Investigator Award (1984-89), and the IBM Faculty Development Award (1984-5).

Chiang has served in several leadership roles. At the U of I, he was the head of the Solid State Sciences and Materials Chemistry Program from 1991 to 2006 and served as associate director of the Frederick Seitz Materials Research Laboratory from 1999 to 2006. From 2003 to 2008, he chaired the Board of Governors for the University-National Laboratory-Industry Collaborative Access Team at the Advanced Photon Source. From 2010 to 2014, he served as the scientific director of the University of Wisconsin-Madison Synchrotron Radiation Center. He was appointed Chair Professor at the National Chiao-Tung University at Taiwan (2013-16); Honorary Chair at National Tsing Hua University at Taiwan (2008-11); and Distinguished Chair at National Taiwan University (2007-10 and 2015-present). He was a visiting professor at the University of Tokyo in 2016.

Chiang earned his bachelor’s degree in physics from the National Taiwan University in 1971 and his doctoral degree from the University of California, Berkeley in 1978. He completed a postdoctoral appointment at the IBM Thomas J. Watson Research Center in Yorktown Heights, before joining the faculty at Illinois Physics in 1980.

Compton was an American physicist who won the Nobel Prize for Physics in 1927 for discovering and explaining the increase in x-ray wavelengths resulting from scattering of the incident radiation by free electrons, known as the Compton effect. This important discovery in 1922 confirmed the dual nature (wave and particle) of electromagnetic radiation. Compton went on to make additional significant contributions to his field. He served as President of the American Physical Society (1934), of the American Association of Scientific Workers (1939-1940), and of the American Association for the Advancement of Science (1942). In 1941, he was appointed chairman of the National Academy of Sciences Committee to Evaluate Use of Atomic Energy in War. His position on that committee made Compton instrumental in initiating the Manhattan Project, which created the first atomic bomb.