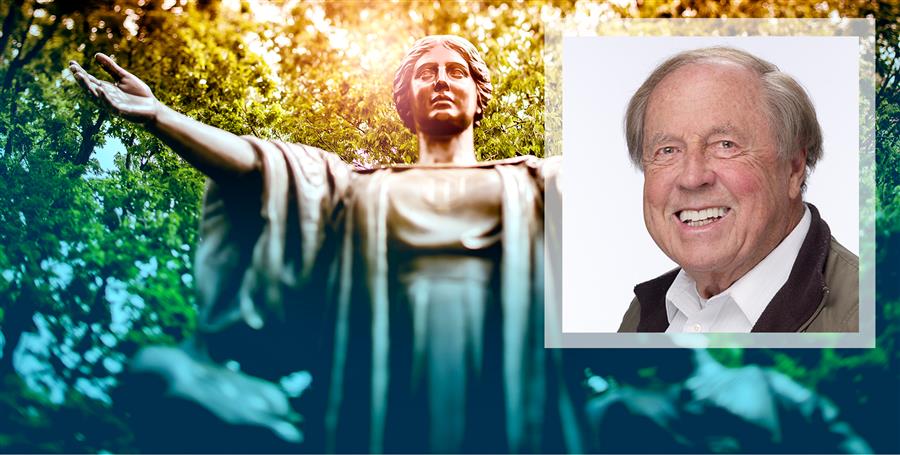 Illinois Physics alumnus Richard Ahrenkiel has been selected for the College of Engineering Alumni Award for Distinguished Service. The citation reads, “For his seminal contributions to materials research, development, and device characterization for semiconductor and photovoltaic technologies, including the development of a unique technique to measure excess carrier lifetimes in materials, resonance-coupled photoconductive decay.”

Ahrenkiel and six other alumni from the College of Engineering will be presented with the award at a special ceremony at the I Hotel and Conference Center on Friday, April 12.

Over the course of his career, Ahrenkiel has worked on all phases and types of semiconductor devices ranging from MOS-based technologies to solar cells. For the last 25 years, he has specialized in the measurement and characterization of photovoltaic materials for solar energy applications. He is a world expert in carrier recombination processes and carrier lifetime. A measurement technique that Ahrenkiel invented, resonance-coupled photoconductive decay, has been applied extensively to measure excess carrier lifetimes in silicon and non-silicon materials.

Ahrenkiel earned his bachelor’s degree in engineering physics in 1959, his master’s degree in physics in 1960, and his doctoral degree in solid state physics in 1964, all from the University of Illinois at Urbana-Champaign. He has maintained a lifelong interest in the successful teaching, research, and outreach programs of Illinois Physics. Ahrenkiel has served the department as a longstanding member of the U. of I. Physics Advisory Board. He has returned to the department to present career seminars to Illinois Physics students interested in pursuing careers at national laboratories.

Currently, Ahrenkiel holds appointments as research professor of metallurgical and materials engineering at Colorado School of Mines in Golden, Colorado; and as Research Fellow Emeritus at National Renewable Energy Laboratory (NREL); and as adjunct professor in the Department of Electrical, Computer, & Energy Engineering at the University of Colorado Boulder.

In 2012, Ahrenkiel founded, Lakewood Semiconductors, LLC in Lakewood, Colorado, which provides analytical measurement services for electronic materials. He is owner and chief technical officer for the company.

Ahrenkiel has extensive experience working with industry in collaborative research and directly for industry and government as a materials R&D specialist. At Eastman Kodak, he worked on the team that developed the first CCD electronic imager for digital photography technology. As a group leader in the solid-state electronics division at Los Alamos National Laboratory, Ahrenkiel led R&D efforts in III-V semiconductor technology and applications. From 1981 to his retirement in 2005, Ahrenkiel was a team leader in the Measurements and Characterization Division of the NREL, where he coordinated the characterization of devices for the US national photovoltaic program.

A dedicated educator, Ahrenkiel has held a number of teaching positions throughout his career. Notably, since his retirement from the NREL in 2005, Ahrenkiel has taught and supervised the thesis research of 22 graduate students at the Colorado School of Mines, the University of Denver, and the University of Colorado, Boulder. Ahrenkiel also co-authored the book, Theory and Methods of Photovoltaic Material Characterization: Optical and Electrical Measurement Techniques (volume 13 of the series Materials and Energy), published in 2019.

Ahrenkiel is the recipient of numerous honors. He is a Fellow of the American Physical Society, of the American Vacuum Society, and of the Optical Society. He is a Life Fellow of the Institute of Electrical and Electronics Engineers. He received the H.M. Hubbard Award for Contributions to Photovoltaics in 1998. He is the holder of five US patents and the author of more than 250 peer-reviewed publications.