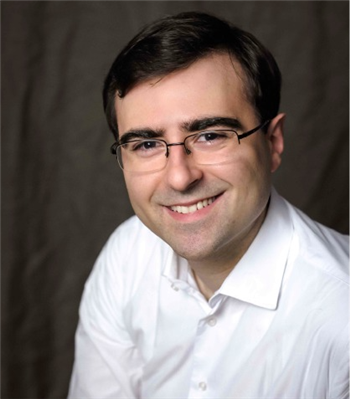 The early-career award was presented to Mitrano on September 26 at the 2019 SSRL/LCLS Users’ Meeting in Menlo Park, CA. The awardee is selected by the LCLS Users Executive Committee based on nominations from across the user community.

Mitrano, who has been a member of Illinois Physics Professor Peter Abbamonte’s research group since March 2016, has developed new and innovative techniques in ultrafast X-ray scattering, which he applied in experiments performed at the LCLS X-ray free-electron laser at the SLAC National Accelerator Laboratory.

By using advanced scattering and time-resolved spectroscopy techniques, Mitrano and colleagues have demonstrated how ultrafast laser pulses can control electronic properties, leading to novel functionalities far from equilibrium; and in this way can interrogate ground state properties in new ways. This work led to the observation of light-induced, high-temperature superconductivity in K3C60 following the excitation of intramolecular vibrations (Nature, 2016) and of low-energy diffusive dynamics in charge-ordered cuprates (Science Advances, 2019).

Read more about that research in the Illinois Physics news story.

Read more about Mitrano’s work at LCLS in the SLAC news story. 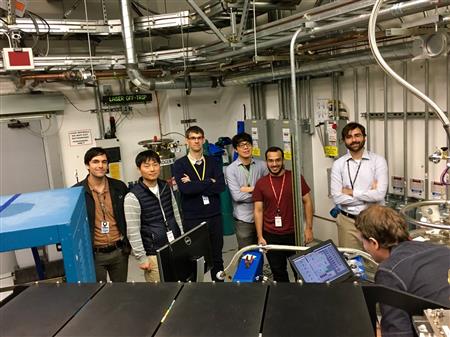 Mitrano is a recipient of the Feodor Lynen Research Fellowship of the Alexander von Humboldt Foundation (2017-2019). In 2019, he became affiliated with Harvard University, where he will become assistant professor of physics in June 2020.

SLAC National Accelerator Laboratory is funded by the US Department of Energy.