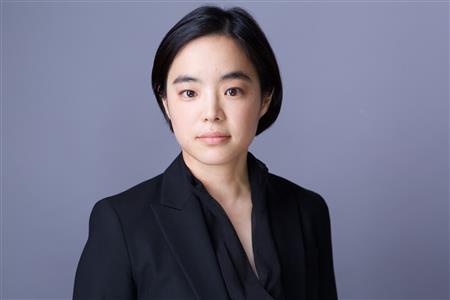 Illinois Physics Professor Sangjin Kim
The Kinship Foundation of Chicago has named University of Illinois at Urbana-Champaign Physics Professor Sangjin Kim a 2020 Searle Scholar. Kim will receive $300,000 in research funding from the Searle Foundation over the next three years. Kim will use the funds to explore the properties and processes of allostery in DNA. Kim shares this distinction with one other U. of I. faculty member named this year, Chemistry Professor Lisa Olshansky.

“Allostery means a long-distance transmission of physical perturbations within a macromolecule,” explains Kim. “For example, hemoglobin is a well-known molecule having allostery: binding of an oxygen molecule induces conformational changes within hemoglobin, promoting more oxygen binding. I am interested in allostery of the genome, the genetic material residing at the core of every living cell.

The genome is made of long DNA strands (in the order of meters, if stretched out), folded like a jumble of spaghetti. In her lab, Kim and her team combine tools from single-molecule biophysics to apply mechanical perturbations on DNA strands and are able to visualize small changes occurring on the DNA, in high spatial and temporal resolution.

The title of Kim’s research proposal is “Dynamic DNA allostery: a novel type of allostery for transcription and beyond.”

“My lab will measure the physical properties of DNA that allow DNA to act as a long “wire” transmitting mechanical perturbations from one site to the other,” Kim notes. “This work will uncover how these properties are determined by DNA sequences, DNA-protein interactions, and the 3D folded structure of the DNA. We will also study how allosteric properties of DNA affect transcription, the first step of gene expression wherein RNAs are produced from DNA, and gene mutations—another critical process happening on the DNA—lead to evolution or disease.”

This study exemplifies Kim’s research philosophy, which merges the tools and methodologies of the physical sciences and modern biomedicine.

“We hope this fundamental study will shed light on the soft-matter properties of the genome that affect the genome’s function in both healthy and diseased cells. I envision that this study will uncover a hidden dimension to the genome, in addition to sequence of DNA bases, which has been the main focus in genomics, and the 3D structure of the genome, which gained a lot of attention recently in genomics and cellular biology. I am uniquely positioned to conduct this study given to my background in single-molecule biophysics and molecular and cellular biology.”

The proposed study stands to generate new ideas and methodologies for controlling DNA mechanics and transcription. As such, this research holds promise for bioengineering and therapeutic medical applications, such as a more accurate and safe gene editing and gene therapies.

“I am very passionate about advancing single-molecule techniques, because they capture transient dynamics and heterogeneous molecular behaviors that cannot be obtained from traditional ensemble-based approaches,” Kim concludes.

Kim is a member of the Center for the Physics of Living Cells (CPLC), a National Science Foundation Physics Frontiers Center at Illinois Physics.

The Searle Scholar Program supports early-career scientists working on innovative biomedical research. Since the program’s inception in 1980, over $133 million have been awarded to 617 Searle Scholars.