Exploring the anti-quark sea: understanding asymmetry of the proton sea

Asymmetry in the proton sea confounds physicists, and a new measurement
extends this surprising asymmetry to a new territory 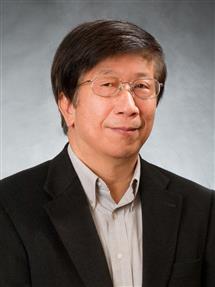 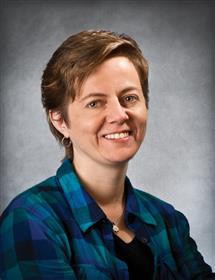 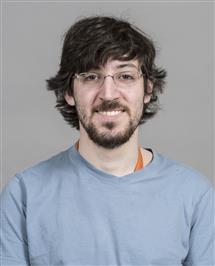 Illinois Physics graduate student Jason Dove
Symmetry—displayed in areas ranging from mathematics and art, to living organisms and galaxies—is an important underlying principle in nature. It often guides our studies and our understanding of the intricate inner workings of our universe.

Because symmetry is such a pervasive theme in nature, it is especially intriguing when an object seems like it should be symmetric, but isn't. When scientists are confronted with these seemingly broken symmetries, it’s as if they’ve found an object with a strange image in the mirror. 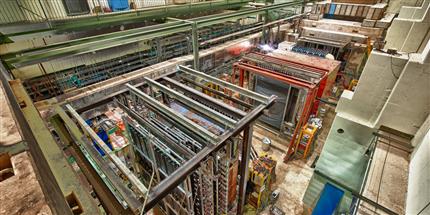 Image of the apparatus used in the experiment. The proton beams pass through each of the shown layers. Image by Fermi National Accelerator Laboratory
The proton, a positively charged particle that exists at the center of every atom, displays asymmetry in its constituent subatomic particles—the “proton sea.” Understanding the properties of the proton helps physicists answer some of the most fundamental questions in all of science. By investigating the world at the smallest level, scientists are advancing technology we use every day. Studies of the proton have led to the development of proton therapy for cancer treatment, measurement of proton radiation during space travel and even understanding of star formation and the early universe.

Now a group of physicists in the U.S., Japan, and Taiwan have shed new light on the asymmetry in the makeup of the proton sea. The scientists are members of a decade-long experiment called the SeaQuest Collaboration, conducted at the Fermi National Accelerator Laboratory (Fermilab) near Chicago, including University of Illinois at Urbana-Champaign Physics Professors Naomi Makins and Jen-Chieh Peng and their postdoctoral researchers and graduate students, who participated in all phases of the experiment since its inception. 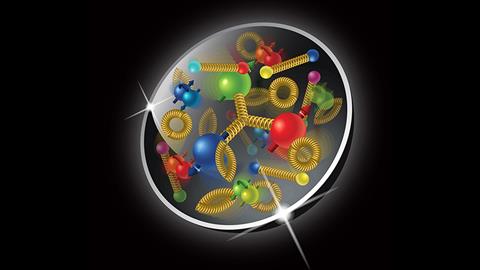 The international collaboration of scientists has now determined that there are more anti–down quarks in the proton than anti–up quarks even when the quarks’ momentum is very large. An earlier Fermilab experiment in the late 90s suggested that such an asymmetry only occurs when the quark’s momentum is relatively low. The team’s latest result shows that this asymmetry persists up to the highest quark momentum measured so far.

Makins comments, “Understanding a complex system means having a rough picture to guide our intuition, and that requires data. Is the atom a sea of positive charge sprinkled with electrons? Not even close, as an experiment found in 1909. Is it electrons orbiting a heavy nucleus? Closer. Is the proton three quarks in a sea of energy-mass fluctuations? The anti-down/anti-up asymmetry is big—up to 50 percent—so that picture is insufficient. Is it a molecule of sorts, with a neutron core and a pion cloud?  Maybe.”

To probe the quarks and antiquarks in the proton, the scientists shot beams of protons at targets and studied the aftermath of the particle collisions. Specifically, they studied what happens after a proton from the beam hits a proton in the target. 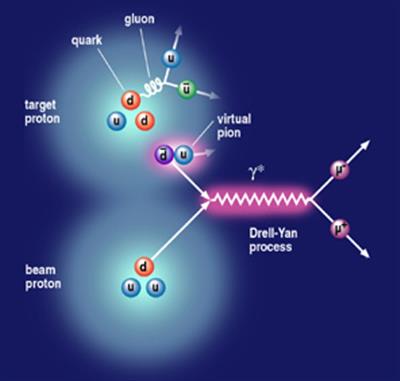 Illustration of a proton beam collision. Image courtesy of Los Alamos National Laboratory
When protons collide, quarks and antiquarks from the protons annihilate each other. Then, two new fundamental particles called muons come out of the annihilation, acting as the interaction’s signature. From these interactions, the scientists determined the ratio of anti-up quarks to anti-down quarks at a range of high momentums.

When the muons hit the measurement devices at the end of their journey, the scientists reconstructed the quark-antiquark annihilations from the measurements, enabling them to confirm the smooth, consistent ratio of anti-up quarks to anti-down quarks.

Peng notes, "This is the latest of a series of Fermilab experiments I have participated in since 1986. Detecting pairs of high-energy muons emerging from the collision of a proton beam with a target is a powerful tool for peeking inside the proton. The discovery of a large asymmetry in the composition of the proton sea took us by surprise. It is gratifying that this surprising result has led to new insights on the origin of the proton sea."

Illinois Physics graduate student Jason Dove, one of the lead authors on the paper, adds, “Measuring high momentum antiquarks has been particularly difficult because of the infrequency of events. To combat this, the SeaQuest experiment used a beam intensity roughly ten times that of previous experiments. Filtering out the signal muons was a new challenge and required the careful application of novel analysis techniques.” 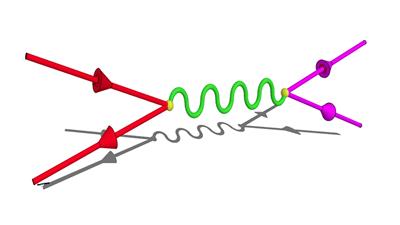 Graphic of quarks annihilating (left red lines), producing a photon (middle line), and producing two muons (right magenta lines). Scientists detected these muons to gain insight into the quark asymmetry of the proton. Image by Paul Reimer/Argonne National Laboratory
This new result has breathed new life into theories that had been ruled out by previous experimental findings. As it turns out, the earlier theoretical work gives a much better description of the new data, and scientists can revisit these theories with renewed confidence because of this experiment. The latest result could motivate future experiments on asymmetry in the proton and other particles, adding to our understanding of the theory surrounding quarks.

Clues about the nature of quarks in the proton ultimately lead to better understanding of the atomic nucleus. Understanding the nucleus can demystify properties of the atom and how different chemical elements react with each other. Proton research touches upon fields including chemistry, astronomy, cosmology and biology, leading to advances in medicine, materials science, and more.

These results were published in the article, “The asymmetry of antimatter in the proton,” in the journal Nature on February 25, 2021. Notably, four U of I graduate students are the lead authors on the paper: Jason Dove, Bryan Kerns, Randall E. McClellan and Shivangi Prasad.

The SeaQuest Collaboration is supported in part by the U.S. Department of Energy and the National Science Foundation, and by participating scientists’ institutions in the U.S., Japan, and Taiwan. The findings presented are those of the researchers and not necessarily those of the funding agencies.