These exceptional scholars work on problems at the leading edge of their respective research areas and bring unique perspectives and fresh ideas that will contribute to the department’s collaborative efforts in its strategic growth areas. 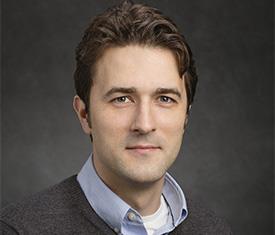 Peter Adshead is a theoretical astrophysicist and cosmologist with a strong background in high-energy theory. In the most general terms, his research goal is to explain the physics behind why the universe looks the way it does. His research program leverages big-data observational evidence from large-scale experiments that are probing the initial conditions of the universe.

“This is an exciting time in theoretical cosmology,” remarks Adshead. “Ongoing and planned experimental observations—looking at both the temperature and polarization of the cosmic microwave background (CMB) and at complementary datasets, such as galaxy surveys—provide huge amounts of data about the statistical distribution of matter throughout the universe, enabling increasingly precise cosmological predictions. Theorists are called on to venture well beyond the simplest approximations.”

Adshead is particularly interested in persistent problems related to the inflationary epoch that lasted until just 10-36 seconds after the Big Bang.

“The theory of inflation, in a nutshell, is a postulated period in the earliest history of our universe wherein the expansion of the universe was accelerating. While such an epoch neatly solves some of the fine-tuning issues associated with hot big-bang cosmology, the problem is that no known type of matter—whether radiation or dust—will mathematically cause the expansion of the universe to accelerate. We simply do not know what causes the primordial acceleration. 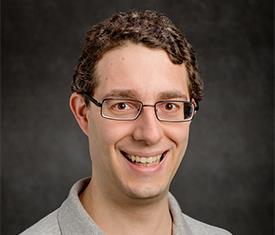 Bryan Clark is a condensed matter theorist who specializes in the use and development of computational simulations and models to study the complexity of behaviors and interactions within many body and strongly correlated systems. In this work, Clark fully exploits today’s powerful supercomputing capabilities and he has written a wide range of highly efficient and massively parallel numerical codes, while developing novel numerical methods that improve the accuracy, parallelizability and efficiency of computing properties of many body systems. Clark was selected for an inaugural Blue Waters Professorship, which confers a significant commitment of Blue Waters computing resources, up to 240,000 node hours per year.

Clark’s broad research interests are reflected in his substantial list of publications and invited talks on a range subjects—supersolids, mesoscopic phases, water, the dynamics of cold atoms, and frustrated magnets.

Clark explains, “In this research area, there are no fast, exact methods, which is in some sense disappointing, because it’s hard to get answers. But in another sense, it’s exciting: it means the opportunity for fresh perspectives and for finding new methods is wide open. This is especially true with strongly correlated materials: in these systems, thinking about the behavior of individual electrons isn’t effective. If you take the material and parse it down to a simplified model, it’s still hard to solve. In my research, I apply computational tools to better understand how a material behaves and interacts, identify different phases of matter, and establish whether a material can be induced to exhibit interesting properties.” 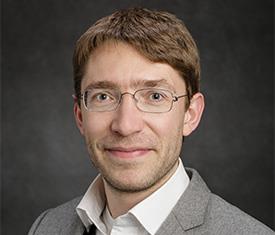 Seppe Kuehn is an experimental biological physicist who applies the tools of chemical and statistical physics to the study of ecology and evolution. His current research program at the Center for the Physics of Living Cells has two foci: first, to probe how ecosystems respond to well-defined environmental perturbations to uncover general statistical laws that govern behavior at the microscopic level; and second, to study evolution at the single-cell level by looking at how bacterial populations subjected to evolutionary pressures find nutrients in their environment. Kuehn’s approach to biological physics was shaped by colleagues at Rockefeller University, where Keuhn completed his postdoctoral work.

In the laboratory, Kuehn studies bacterial population dynamics and phenotypic evolution under controlled environmental conditions. His experiments will test long-held assumptions in ecology about how ecosystems respond to changes in their environment and the role adaptation plays in these responses. By making careful measurements with bacterial communities Kuehn and his collaborators hope to discover whether stability and adaptation in microbial communities are governed by general statistical laws.

“From physics, we learn that it can be powerful to describe a system’s macroscopic properties rather than each individual interaction,” explains Kuehn. “Think about the laws of thermodynamics, for example: first, we had laws that were inferred empirically from measurements, and though we couldn’t observe at the atomic level why these laws were true, they turned out to be incredibly powerful for understanding and controlling physical systems” explains Kuehn. “Biology is in many ways more complex, but maybe the approach is a valid one: within an ecosystem, you have organisms interacting in complex ways; by studying the emergent properties of the system, it may be possible to infer general laws about ecosystems that would have implications for understanding their dynamics. Such laws might even help us refine our understanding of how the organisms interact on the microscopic level.” 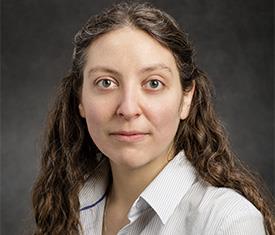 Julia Shelton, known to friends and colleagues as Jessie, is a theoretical high-energy particle physicist, with a background in string theory. Her research program is focused on particle phenomenology, and particularly on identifying and modeling beyond-the-standard-model physics.

“The upcoming decade will be a historic watershed in our understanding of physics at the electroweak scale,” comments Shelton. “The complementary probes of beyond-the-standard-model physics coming from colliders on one hand and cosmology on the other promises a fruitful interplay of collider, direct detection, and astrophysical observations in the upcoming years. I work towards developing a comprehensive picture of physics beyond the electroweak scale, with collider and dark matter studies both forming an integral part of my research program.”

Shelton’s background in string theory through her graduate work and her first postdoctoral appointment has influenced her approach to particle physics.

“My field change from string theory to particle physics meant that I came into the field somewhat late—I didn’t grow up as a grad student in phenomenology,” she explains. “A very large number of models of electroweak-scale physics  had been extensively developed at that point, and it seemed more urgent to me to take a bottom-up approach,  asking theoretical questions about how we can distinguish new physics models from the Standard Model and from each other in sharp and useful ways.” 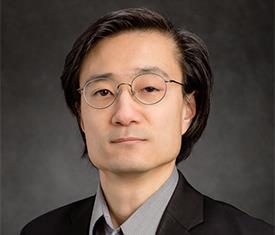 Jun Song is a theoretical biological physicist with joint appointments in the Department of Physics and the Department of Bioengineering. His research program in computational biology and biomedicine leverages the methodologies and tools of physics and mathematics to discover how transcription factors, chromatin structure and non-coding RNAs regulate gene expression. Song is particularly interested in the genomic study of cancer. His ongoing research has implications for prognosis and treatment of cancer, in particular of malignant melanoma, one of the deadliest cancers.

“In my field of research, it’s easy now to produce 40 gigabytes of data from one experiment. Using DNA sequencing techniques, it’s possible to generate several terabytes of data just for one patient. I use statistical and mathematical tools to overcome the challenge of analyzing and integrating such large data sets.”

Song looks forward to collaborating with other theorists in both biophysics and physics at Illinois—access to quantitative theorists and the University’s growing strength in bioengineering are largely what drew him to Urbana.

“I am very happy to be here,” shares Song. “Being able to teach and recruit students who are trained in physics will allow me to develop diversity in my research program. That’s very attractive to me, and I like the interactive ‘Urbana style’ approach to collaborative research.”