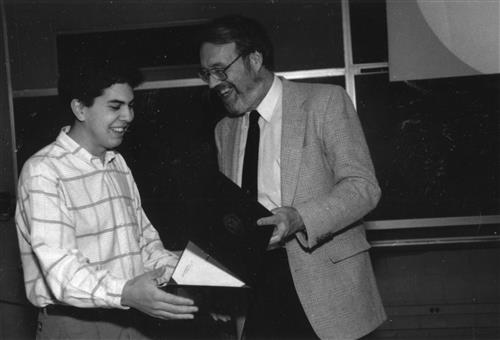 Professor Emeritus Ansel C. Anderson was a highly productive experimental condensed matter physicist who made significant, lasting contributions to our understanding of the properties of crystalline materials at low temperature. He was noted by his peers for his far-sightedness in addressing a broad scope of relevant and pressing questions in materials science with well-thought-out quantitative experiments, and for his ingenuity in developing new instrumentation and measurement techniques.