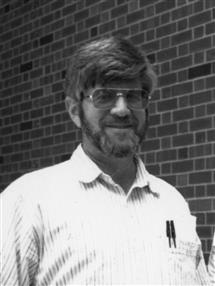 Professor Emeritus of Physics Bob Eisenstein was an experimental particle physicist who made important contributions to our understanding of the properties and fundamental interactions of subatomic particles, in particular, inelastic baryon-exchange reactions, the depolarization of muons in solids, the weak interactions of B mesons, and the properties of quarks.

Eisenstein’s appreciation for the beauty and order of physics was reflected in a systematic approach that began with first principles. He was an expert at creating algorithms that could sift through noisy data sets to cull relevant information. He was a member and often played a key role in the success of collaborative research efforts, including at Fermi National Accelerator Laboratory, the Wilson Synchrotron Facility at Cornell University, the Stanford Linear Accelerator Center (SLAC), and CERN in Switzerland. At SLAC, he developed Monte Carlo simulation programs for the Mark III detector, to compare fundamental physics hypotheses with the data obtained in experimental runs. At Fermilab, he participated in the discovery of the top quark.

Eisenstein will also be remembered as a dedicated teacher with a wonderful imagination for explaining difficult topics. Students consistently ranked him one of the top in the department, not only in courses designed for physics majors, but also in general engineering physics courses. He taught courses at all levels and played an important role in the departmental effort to revise the introductory calculus-based course sequence.  He guided graduate students’ work closely, but gave each the freedom to work on topics that most interested them. He was the first member of the physics faculty to win the College of Engineering’s William L. Everitt Undergraduate Teaching Excellence Award.

Eisenstein received his bachelor’s (1959), master’s (1961), and doctoral degree (1964) in physics from Columbia University. He completed a postdoc at Harvard University before he joined the faculty at Physics Illinois in 1967.

Eisenstein was born and raised in the Bronx, NY. In Champaign-Urbana, he was active in the Jewish community, serving as a trustee on the boards of Sinai Temple and the Champaign-Urbana Jewish Federation.