Non-dissipative viscosity and the relationships between anisotropy, internal angular momentum, and Hall viscosity 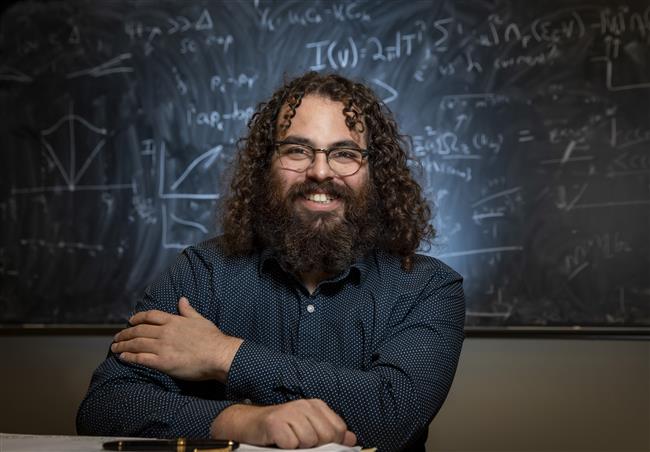 From the stagnant flow of honey to the drag forces on a ball in air, nature provides many examples of viscosity, which dissipates power and slows things down. In some exotic classical and quantum fluids, there are also “Hall” viscosities, components of viscosity that do not dissipate power, instead providing forces transverse to fluid motion.

Until now, the Hall viscosity was truly understood only in the simplest of cases. Upon considering anisotropy and internal rotational degrees of freedom (for example, spin), Illinois Physics Professor Barry Bradlyn and graduate student Pranav Rao find that several new chapters to the story of viscosity appear and that more realistic domains can be described. Their work has key applications to electronic materials in the “hydrodynamic regime,” wherein strong interactions cause electrons to flow like a fluid.

They first show that there are generally six Hall viscosities, but surprisingly only three independent viscous forces that result. They show that only three pairs of Hall viscosities are observable, even in incompressible fluids. They show how to compute all these coefficients for both lattice and continuum quantum fluids and highlight the importance of spin angular momentum to Hall viscosity through several examples.

Their framework was developed to study the Hall viscosity, but most broadly, it provides researchers across disciplines with a way of approaching the effects of strain (viscous and elastic) in a large set of classical and quantum systems, including graphene."

This research was published in the article, "Hall Viscosity in Quantum Systems with Discrete Symmetry: Point Group and Lattice Anisotropy," in Physical Review X, 10, 021005, April 7, 2020.