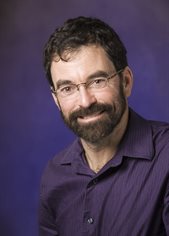 Illinois Physics Professor Paul Selvin has been selected for the 2022 Ignacio Tinoco Award of the Biophysical Society. The citation reads, “for novel and ongoing contributions to development of single-molecule biophysics and application to important biophysical research problems.”

Selvin has developed ground-breaking fluorescence instrumentation and techniques at the intersection of physics and biochemistry. He and scientists around the globe working in these fields use these tools Selvin developed to elucidate the properties and behaviors of biomolecules in living cells.

Currently, the Selvin group specializes in single molecule fluorescence studies of nerve receptors, shedding new light on communications occurring between individual synapses in neurons. For this work, his group developed innovative techniques to manufacture extremely small quantum dots, enabling penetration of the synapse and establishing new inroads in this subfield.

Selvin developed a technique called FIONA (fluorescence imaging with one nanometer accuracy), which his group used for in vivo studies that elucidated the hand-over-hand locomotion mechanism of single-molecule myosin V, myosin VI, and kinesin. This technique brought into focus a new and deeper understanding of the biomechanics at work in living cells. 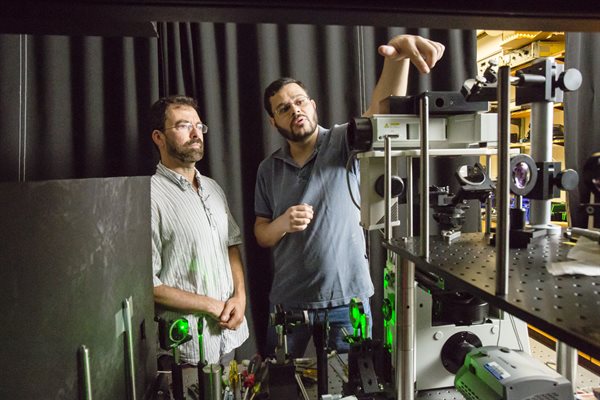 In his early career, Selvin devised the lanthanide resonance energy transfer (LRET) technique to investigate the chemical properties and structural dynamics of DNA systems. The LRET technique, which offered a 100-fold improvement in signal-to-background resolution over conventional techniques, remains in wide use today by the pharmaceutical industry for drug discovery.

Selvin received his bachelor’s degree in physics in 1983 from the University of Michigan and his doctoral degree in physics from the University of California, Berkeley, in 1990. He held postdoctoral appointments at Cal Berkeley’s chemistry department from 1991 to 1993, and then worked in that department as a research chemist from 1993 to 1997. He was then a staff scientist at Lawrence Berkeley National Laboratory from 1995 to 1997, before joining the faculty at Illinois Physics in 1997.

The Ignacio Tinoco Award recognizes meritorious investigators who make fundamental or seminal contributions to the physical chemistry of biopolymers or who actively promote and sustain a collaborative, inclusive, and engaging research environment in the field. It is named for Ignacio "Nacho" Tinoco (1930–2016), a biophysical chemist and professor at the University of California, Berkeley. Tinoco’s spectroscopic, thermodynamic, structural and single-molecule study of biopolymers significantly deepened our understanding of fundamental biophysical principles.

The award will be presented to Selvin during the 66th Annual Meeting of the society being held February 19 through 23 in San Francisco.