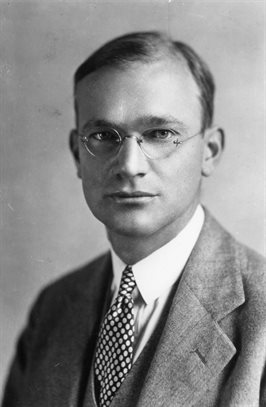 These interview questions are inspired by a Victorian parlor game known as the confession album, famously known as the Proust questionnaire after French writer Marcel Proust’s thoughtful and witty answers were discovered and published in 1924 in the French literary journal Les Cahiers du Mois. We have named our “album” for Wheeler Loomis, Illinois Physics department head from 1929 to 1957. Loomis is revered for having hired the highest caliber early-career scientists and for diligently nurturing them, expanding the department’s research program and elevating it to world-class status, while putting special emphasis on good teaching. The collaborative, open-door “Urbana style of physics” emerged under Wheeler’s supportive and strategic leadership.