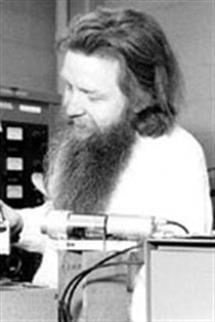 William L. McMillan
Since 1986, the Department of Physics at the University of Illinois has presented an annual award to an outstanding young researcher in condensed matter physics in memory of our late colleague, William L. McMillan. Nominations are now being sought for the 2020 McMillan Award winner.

About the McMillan award

In the spirit of Bill McMillan’s own research, the award recognizes exceptional achievements in theory, experiment, or both. A candidate must have received a PhD after January 2015, to be considered for the 2020 award.

The award consists of a monetary prize, a plaque, and an invitation to present the annual McMillan Award Lecture at the University of Illinois.

Nominations for the McMillan Award consist of the curriculum vitae of the nominee, a publication list, and the nominator’s assessment of the candidate’s three most important papers in condensed matter physics. For these three papers, copies of the abstract (full copies of unpublished manuscripts) should also be included. Candidates nominated in preceding years, but who are still eligible, will automatically be reconsidered by the committee. However, an update that mentions additional work and its impact will strengthen the nomination. Supporting letters from individuals, other than the nominator, are encouraged.

The deadline for receipt of nominations in Urbana is May 1, 2020.

To submit a nomination, go to http://go.physics.illinois.edu/mcmillan and upload the nomination package as a single PDF file.

Winners of the McMillan Award

The William L. McMillan Award was established by his friends and colleagues to recognize outstanding contributions by a young condensed matter physicist. One of the most creative and distinguished members of our department from 1972 until his untimely death in 1984, Professor McMillan was noted for his basic and unique contributions to many areas of condensed matter physics, including liquid helium, superconductivity, liquid crystals, layer compounds, spin glasses, and localization phenomena. In many of these areas, he made novel applications of computer techniques to obtain increased physical understanding of complex many-body systems.