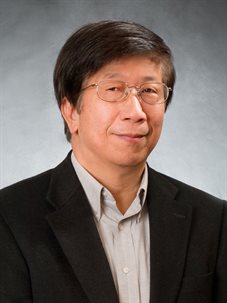 Illinois Physics Professor Jen-Chieh Peng has been elected an Academician of the Academia Sinica, Division of Mathematics and Physical Sciences, in recognition of outstanding research achievements in nuclear and particle physics, antiquark structure in nucleons and nuclei, fundamental symmetries, and neutrino physics. Academia Sinica, headquartered in Taipei, Taiwan, is a prestigious research academy comprising twenty-four Institutes and eight research centers. The election of Academicians occurs once every two years. Currently, there are a total of 68 Academicians in the Division of Mathematics and Physical Sciences, including five Nobel laureates in physics and one in chemistry.

Peng is a Fellow of the Amercian Physical Society and a Laboratory Fellow of Los Alamos National Laboratory. He is a co-recipient of the 2016 Breakthrough Prize in Fundamental Physics, for the observation of neutrino oscillation in the Daya Bay experiment. He received the Distinguished Alumni Award from Tunghai University in 2020, and was named a Yu-Shan Scholar in Taiwan in 2020.

Peng received his bachelor's degree in physics from Tunghai University in Taiwan in 1970 and his doctoral degree in nuclear physics from the University of Pittsburgh in 1975. He worked as a researcher at the Centre d'Etudes Nucleaires de Saclay and the University of Pittsburgh before joining the Physics Division of Los Alamos National Laboratory in 1978. He became a Laboratory Fellow at Los Alamos in 1996. Peng joined the faculty at Illinois Physics in February 2002.