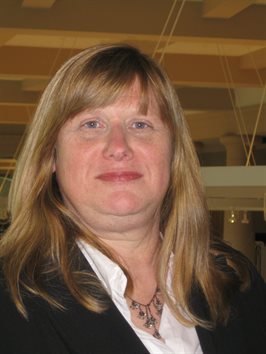 Mary Schlembach, chemistry and physical sciences librarian at the University of Illinois Urbana-Champaign, has been appointed to the Scholarly Communications and Open Access Publishing in Particle Physics (SCOAP3) Governing Council, by its team of U.S. representatives. She fills a vacant U.S. seat on the council, starting immediately.

Hosted by CERN in Switzerland, SCOAP3 addresses open-access mandates and removes financial barriers for authors in high-energy physics (HEP), enabling free scientific discourse. SCOAP3 is a partnership of leading publishers with over three thousand libraries, key funding agencies and research centers in 44 countries, regions, or territories, and three intergovernmental organizations. The SCOAP3 initiative converts key journals in the HEP field to open access. It also supports existing open-access HEP journals, as well as the publication of books and monographs, giving scientists in every country, region, or territory equal opportunity to share results in the field. The initiative is financially supported through participating institutions, whose payments of article-processing charges are coordinated through CERN.

Schlembach has worked in support of SCOAP3 since 2008, when the initiative began to take shape. In recent years she has served on advisory boards for the American Institute of Physics and the American Society of Mechanical Engineers.

High-energy physicists at the University of Illinois Urbana-Champaign have contributed 940 articles to SCOAP3 to date.