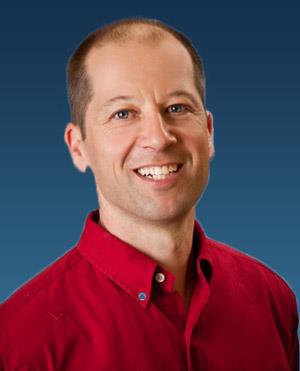 Stelzer, a high-energy particle theorist who has developed software now in use by particle physicists around the globe, and is a founding member of the Physics Education Research Group at the University of Illinois. Stelzer is a strong proponent of the importance of evidence-based teaching methodologies and the effective use of technology in student learning..

Head of Department and Professor Dale Van Harlingen comments, “There is indeed not an award at any level that includes the words 'teaching excellence' for which Tim should not be a leading candidate--his impact on understanding how students learn physics and how we should teach it has been immense at Illinois and beyond. His creativity, intuition, leadership, and staggering amounts of hard work have resulted in greatly improved student outcomes and instructor satisfaction in the calculus-based introductory physics courses that are taken by every engineering student and many others across campus. I can think of no one more worthy than Tim of receiving the Scott Rose Award."

He is a co-developer of smartPhysics, along with PER colleagues Mats Selen and Gary Gladding. smartPhysics is a web-based learning environment for the first year of introductory calculus-based physics (Physics 211 and Physics 212) that includes animated pre-lectures; lectures with content guided by student assessments, peer instruction, and active learning segments; and an online homework system with interactive tutorials and immediate assessments.

This same PER team also developed a wireless student response system, the i>clicker, now in use by over two million students at more than nine hundred institutions.

Stelzer’s efforts to enrich undergraduate physics education with effective methodologies and tools have been widely recognized. In 2014, Stelzer was elected to the chair line of the American Physical Society (APS) Forum on Education (FEd). He is currently serving as chair-elect in this his second of three term years. He will become chair of the forum in April 2016. Stelzer, along with colleagues Selen and Gladding, was selected for the 2013 Excellence in Education Award by the APS. In 2011, Stelzer received the Arnold Nordsieck Award for Excellence in Teaching from Physics Illinois. In 2009, he was named a Distinguished Teacher-Scholar by the University of Illinois. And in 2005, he received the BP Amoco Award for Innovation in Undergraduate Education. Stelzer is regularly included on the University's "Incomplete List of Teachers Ranked as Excellent by Their Students."

Stelzer received his bachelor's degree in physics from St. John's University in 1988 and his Ph.D. in physics from the University of Wisconsin-Madison in 1993. He completed postdoctoral appointments at the Center for Particle Theory at Durham University (UK) and then at the Department of Physics at the University of Illinois. He joined the faculty at Physics Illinois in 1998 as a visiting assistant research professor. He was appointed an assistant research professor in 2000 and associate professor of physics in 2012.