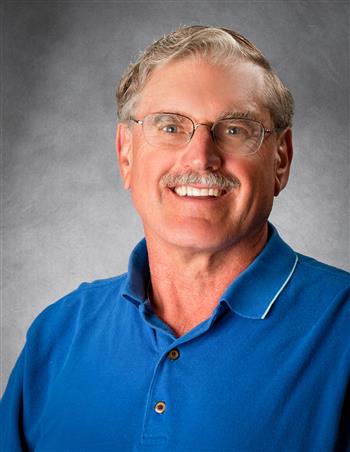 Illinois Professor of Physics and of Astronomy Stuart Shapiro
University of Illinois Professor of Physics and Astronomy Stuart Shapiro has been selected for the 2017 Hans A. Bethe Prize of the American Physical Society (APS). The Bethe Prize is conferred annually to a scholar who has made outstanding contributions to theory, experiment, or observation in astrophysics, nuclear physics, nuclear astrophysics, or closely related fields.

The citation reads, “For seminal and sustained contributions to understanding physical processes in compact object astrophysics, and advancing numerical relativity.”

Working at the intersection of theoretical astrophysics and numerical relativity, Shapiro has made significant contributions to our theoretical understanding of several long-standing, fundamental problems in astrophysics and general relativity. His broad research interests include the physics of black holes and neutron stars, gravitational collapse, the generation of gravitational waves, relativistic hydrodynamics and magnetohydrodynamics, and the dynamics of large N-body dynamical systems. Using simulations and visualizations generated on supercomputers, Shapiro’s group has shed light on accretion onto compact objects, binary black hole and neutron star inspiral and coalescence, the formation of black holes,  and neutrino and dark matter astrophysics.

Shapiro is perhaps most noted for his ground-breaking simulations on the emitted radiation spectrum from gas accreting onto black holes and neutron stars; the disruption and consumption of stars in star clusters containing a central supermassive black hole; the formation of a supermassive black hole at the center of a galaxy or quasar from the collapse of a relativistic collisionless gas or supermassive star;  and gravitational waves and electromagnetic signals from merging compact binaries.

Long interested in gravitational wave generation, Shapiro and his group provided some of the foundational theoretical work that contributed to the eventual detection and interpretation of gravitational waves by LIGO.

Shapiro is a Fellow of the American Physical Society and of the Institute of Physics in the U.K. He is a recipient of numerous honors, including a first prize in the IBM Supercomputing Competition (1991), the Forefronts of Large-Scale Computation Award (1990), the IBM Supercomputing Competition Award (1990), a John Simon Guggenheim Memorial Foundation Fellowship (1989-90), an Association of American Publishers Award (1984), and an Alfred P. Sloan Research Fellowship (1979).

Shapiro received his bachelor’s degrees in astronomy from Harvard in 1969 and his master’s and doctoral degrees in astrophysical sciences from Princeton University in 1971 and 1973 respectively. He served on the astronomy and physics faculty at Cornell University from 1973 to1995, before joining the faculty in Physics and Astronomy at Illinois as a full professor in 1996.