Physics Professors Bryan Clark and Taylor Hughes of the University of Illinois at Urbana-Champaign have been awarded US Department of Energy (DOE) grants to develop new quantum computing capabilities. The awards are part of a $37-million DOE initiative supporting research that will lay the groundwork for the development of new quantum information systems and that will use current quantum information capabilities to advance research in material and chemical sciences.

Quantum information science (QIS) is an exciting and rapidly growing field promising a broad range of advances beyond today’s classical technologies. QIS exploits quantum mechanics—the theory that explains nature at all scales, from electrons, to atoms, to neutron stars—as a platform for information processing, data storage, and secure communications. Quantum computers will use qubits, non-binary bits capable of hosting near limitless quantum states to process and store data, while quantum communications will leverage quantum mechanical properties such as entanglement to generate unhackable encryption. 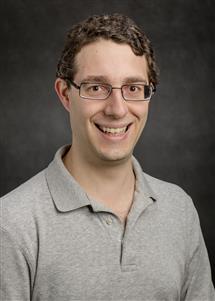 Clark’s team received $450,000 to develop new-generation quantum computing algorithms for simulating quantum many-body systems  on today’s small error-prone quantum computers as well as hybrid quantum-classical machines.  One of the most promising applications for quantum computers is the simulation of quantum systems ranging from molecules to materials.  Results of such simulations will have implications for medicine and pharmacology, manufacturing, computing, networking, and sensing.

Clark, who is the primary investigator (PI) on the grant, notes, “These kinds of simulations are not easy to run on classical computers because of the exponential cost in processing time. The largest exact simulations we can run with current classical computing resources have approximately 50 electrons, and current approximations aren’t really accurate enough in many scenarios. While, in principle, quantum computers overcome this problem, the standard exact quantum computing techniques are unusable on today’s era of noisy quantum computers. We need new quantum algorithms.”

Clark’s team will develop quantum computing algorithms for simulating molecules and materials by porting the classical approximation techniques used on classical computers to quantum computers.  In addition, this research will establish how to make these algorithms simultaneously leverage existing large classical parallel computing resources in concert with small quantum machines. 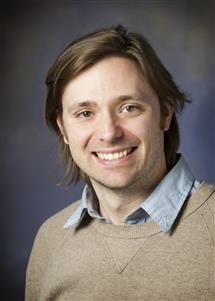 Hughes is a co-PI on a separate $1.5 million DOE grant supporting research into the design and assembly of atomically-precise quantum materials and devices. The team is led by Harvard Professor Jennifer Hoffman and includes Hughes and Harvard Professors Julia Mundy and Boris Kozinsky.

Hughes and his colleagues will develop a platform of new materials to be used in quantum information devices, integrating theoretical and experimental approaches to materials development. The team’s method will employ a tight feedback loop to predict, design, realize, and characterize new materials platforms and device architectures based on “Xenes”—single layers of atoms arranged in a honeycomb lattice, analogous to carbon-based graphene, but comprising heavier elements, such as stanene, bismuthene, and plumbene.

To functionalize these Xenes into devices, the investigators will decorate the Xenes with “adatoms” such as halogens or magnetic atoms. The scientists will use state-of-the-art computational techniques to identify the most promising candidates for adatoms or molecular groups having specific desired functionalities.

Scanning probe lithography—the technique of dragging sharp tip across a surface with picometer precision—will be used to pattern the Xene layers with arrays of specific adatoms or molecules. The different adatoms can locally stabilize distinct quantum states of matter, whose boundaries can be used to transport spin or charge. Scanning tunneling microscopy, which uses an atomically sharp tip to measure tiny currents of a few thousands of electrons, will be used to immediately detect the effect of individual atomic placement on the emergent quantum states.

“The idea is to develop qubit systems that are reconfigurable by dragging single atoms,” explains Hughes. “If we are successful, our work could lead to novel quantum-device capabilities, including increased resolution in imaging and detecting. It could also benefit advanced cryptography for secure communication. The overarching goal of this line of research is to contribute to the development of quantum computational capabilities that far exceed today’s classical computing limitations. This is especially important given today’s “big data” research efforts around the globe.”

Clark and Hughes are members of the Illinois Quantum Information Science and Technology Center and of the Institute for Condensed Matter Theory, both at the University of Illinois at Urbana-Champaign.