Bringing together nine nationwide student-led university organizations this summer, the Access Network held its fourth annual Access Network Assembly at the University of Illinois at Urbana-Champaign, hosted by Illinois GPS (Guidance for Physics Students), a registered student organization at Illinois Physics. Illinois GPS members and program representatives from across the country gathered to discuss some of the more pressing current topics and issues within the STEM community with the hopes of empowering underrepresented STEM students and faculty and facilitating communication across all types of communities. 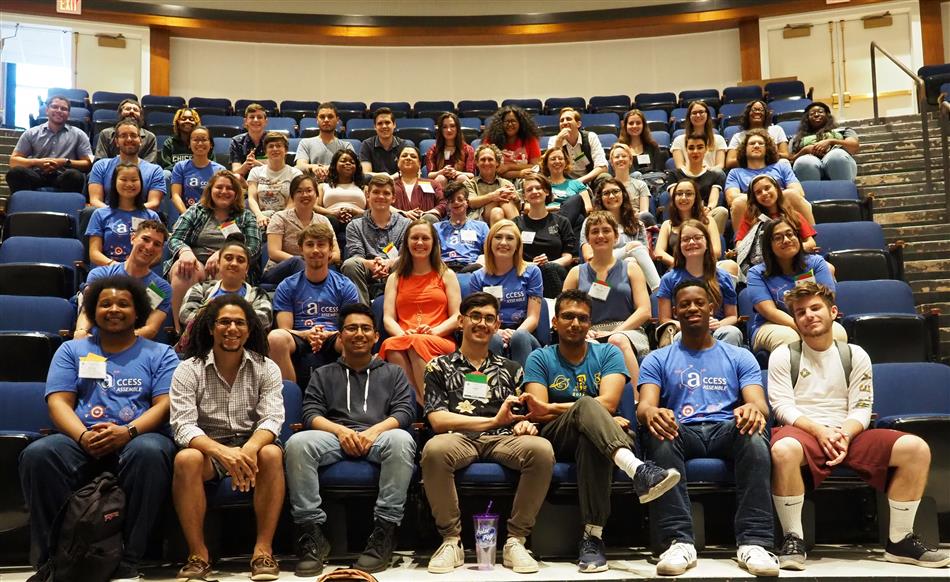 The Compass Project at the University of California, Berkeley (UC Berkeley)

CU-Prime at the University of Colorado Boulder (CU Boulder)

Equity Constellation at the University of Maryland College Park (UMD)

The North Star Project at the University of Oregon (UO)

Advocating for diversity and equity in STEM, supporting student voice and ownership, fostering supportive learning communities, promoting authentic science practices, and encouraging professional development all fall under the Access Network’s mission. This summer from June 7 to June 9, 2019, members of Illinois Guidance for Physics Students (Illinois GPS) hosted eight other student-formed university-based organizations, which together make up the Access Network—a coalition of student-centered and student-initiated groups that work on broad inclusivity initiatives while supporting local goals.

The Access Network had its beginnings back in 2007 when physical science students at the University of California, Berkeley initiated a program called the Berkeley Compass Project. At Berkeley, Compass promotes diversity in STEM through inclusion, support, and community building for underrepresented groups—women, minorities, and first-generation college students. At other universities, student leaders—some of them alumni of the Berkeley Compass Project—were inspired by the Compass initiative to create similar programs at their own institutions. In 2015 the Access Network was formed with the support of a three-year grant from the National Science Foundation (NSF). At that time, six programs comprised the network; since then, three additional student groups have signed on, including Illinois GPS.

Illinois GPS was founded in the same year as the Access Network, by then-Illinois Physics graduate students Angela Chen, Brianne Gutmann, Gloria Lee, and Will Morong. Illinois GPS is a grad-to-undergrad mentoring and community-building program that has already had a huge impact on Illinois Physics students. GPS puts on social activities as well as academic and informational events such as its annual “How to apply to grad school” workshop and an annual summer retreat. Illinois GPS events foster inclusivity and anchor undergraduate students who might be in need of emotional or academic support, or those whose career goals could benefit from a graduate student’s perspective.

Soon after its founding, Illinois GPS joined the Access Network in one of its first expansions. Since then, the Access Network has been awarded an additional two-year grant by the NSF, which provides compensation for its student members’ efforts and provides travel grants for conferences. 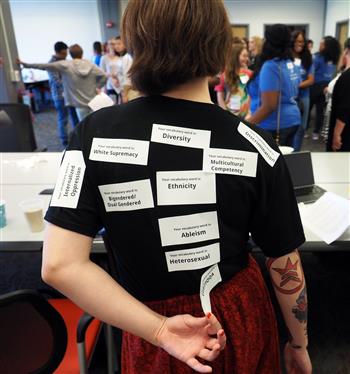 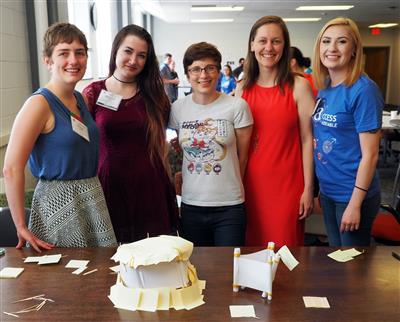 Representatives from across Access Network’s member organizations had the chance to give presentations, lead workshops, and take part in student panels on topics such as fostering inclusivity, teacher development, and STEM-profession skills. A workshop titled “The Reality of Being LGBTQ+ in STEM” and a discussion session titled “Effective Teaching Practices with a Focus on Inclusivity” each encouraged reflection and experience sharing among assembly attendees.

Other workshops and sessions likewise related directly to the Access Network’s core objective of fostering supportive communities and Illinois GPS’s goal of anchoring struggling students. Some examples include “How to Help a Friend Cope Through a Crisis,” “Imposter Syndrome Workshop,” and “Balancing Work and Activities with an Unsupportive Advisor.” Assembly fellows and Access Network members took part in facilitating discussion on these topics, including a discussion of mental health and techniques that promote mental and emotional stability in and out of academia.

For core organizer Brianne Gutmann, the discussion of the highs and lows students may face is an essential part of maintaining a truly supportive environment.

2) Engage students in the process of doing authentic science.

4) Empower students to take ownership of their education.

5) Increase diversity and equity in the physical sciences.”

“A sense of community is a huge part of Access,” she asserts. “Connecting people with others who have similar struggles and victories is important. Academia can feel lonely and isolating without that.”

Gutmann points out, these Access goals are also strongly supported by administrators and faculty at Illinois Physics.

“Within the physics department, one of our goals is to create community, especially to act as an anchor for students who may otherwise feel lost at such a large university,” she notes. “The members of Illinois GPS have played a huge role in shaping how the GPS program evolves and what people want to learn about or share. I hope that we're also able to provide opportunities for students to feel supported in sharing their ideas and running events.”

Though Gutmann’s time as a student leader ended upon her graduation from Illinois, she is thankful for her time spent with Illinois GPS and the Access Network.

“My involvement with the Access Network as a whole has really helped me understand different challenges and types of oppression within STEM and society at large,” she reflects. “I've learned that identities are all complex and intertwined and that broad initiatives need to be flexible to personal experiences. Being surrounded by others who think that this work is important has made me hopeful for the future of STEM.” 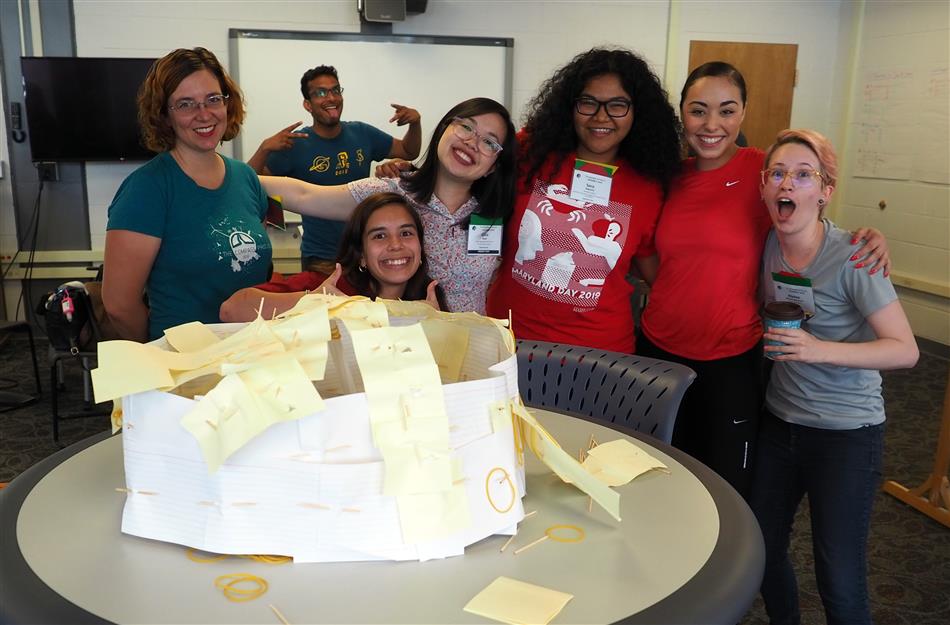