Three University of Illinois at Urbana-Champaign faculty members have been elected Fellows of the American Physical Society (APS). Physics Professor Yann Chemla, Physics and Astronomy Professor Brian Fields, and Physics and Bioengineering Professor Sergei Maslov are among 163 APS Fellows in the 2020 class.

The APS Fellowship Program recognizes members who have made exceptional contributions to the field of physics, whether through original research, innovative applications of physics to science and technology, leadership in or service to the field, or significant contributions to physics education. Each year’s class of Fellows represents less than one half of one percent of the Society’s membership. 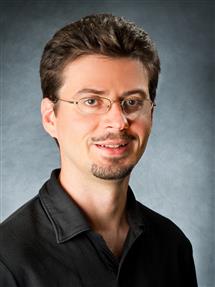 Illinois Physics Professor and
CPLC Co-Director Yann Chemla
Yann Chemla is an experimental physicist working at the juncture of physics, biology, and chemistry. His research focuses on single-molecule and single-cell biomechanical processes ranging from how proteins interact with DNA—bending, wrapping, unzipping, or packaging the molecule—to how cells swim and process information from the environment. In his research, he employs and advances state-of-the-art biophysical techniques such as optical tweezers and fluorescence microscopy.

Chemla is co-director of the Center for the Physics of Living Cells, an NSF-funded Physics Frontiers Center on the Urbana campus.

Chemla received his bachelor’s degree in physics from Yale University in 1993 and his doctoral degree in physics from the University of California, Berkeley, in 2001. He held a postdoctoral appointment at UCB from 2001 to 2006, before joining the faculty at Illinois Physics in 2007. Chemla was selected for a CAREER Award at the Scientific Interface from the Burroughs-Wellcome Fund in 2005, for a Sloan Foundation Fellowship in 2010, and for an NSF CAREER Award in 2009. He was named a Beckman Fellow at the U. of I.’s Center for Advanced Study in 2012/13. In 2015, he was named a Donald Biggar Willett Scholar by The Grainger College of Engineering at Illinois.

Chemla was nominated to APS Fellowship by the society’s Division of Biological Physics. The citation reads, “For advancing optical tweezers toward angstrom resolution and integration with single molecule fluorescence and applying them to reveal physical principles of fundamental biological systems such as DNA dynamics, DNA packaging motor proteins, DNA unzipping proteins, and bacterial chemotaxis. 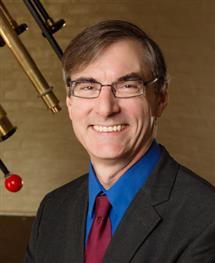 Physics and Astronomy Professor
Brian Fields
Brian Fields is an astrophysicist whose research focuses on the extreme environments of the big bang and exploding stars. As such, his work sits at the intersection of cosmology, nuclear physics, and particle physics. He is best known for his work on the formation of the elements hydrogen, helium, and lithium in the first seconds to minutes after the big bang.

In his most recent work, Fields has joined forces with astrobiologists and paleontologists to examine nearby supernovae in the Earth’s past. He predicted that radioactive atoms are signatures of debris from these exploding stars. This was confirmed by detections of radioactive iron atoms in the deep ocean and the moon, pointing to a supernova near Earth about 3 million years ago. In the more distant past, supernovae may explain for the loss of ozone that led to one or more mass extinction events in the late-Devonian period.

Fields received a bachelor’s degree in physics and English from Williams College in 1989 and a doctoral degree in physics from the University of Chicago in 1994. He was an NSF/NATO postdoctoral fellow at the Institute d'Astrophysique in Paris from 1994 to 1995. He went on to hold postdoctoral research positions at Notre Dame and the University of Minnesota, before joining the Illinois Astronomy faculty in 1998. Fields received an NSF CAREER award in 2001. In 2014, he was named a University Scholar.

In addition to his appointment in Astronomy, Fields is also a Professor in Physics and is a member of the Illinois Center for Advanced Studies of the Universe (ICASU).

Fields was nominated to APS Fellowship by the society’s Division of Astrophysics. The citation reads, “For pioneering contributions to cosmology, nuclear and particle astrophysics, nucleosynthesis, cosmic-ray physics, gamma-ray astronomy, astrobiology, and supernovae.” 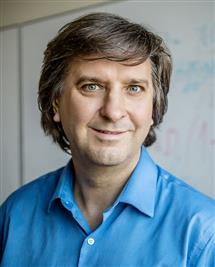 Most recently, Maslov and Swanlund Professor of Physics Nigel Goldenfeld were the founding members of the Illinois Governor’s COVID-19 Modeling Taskforce that was instrumental in guiding the state’s public health policies and response during the pandemic.

At Illinois, Maslov is a Bliss Faculty Scholar in The Grainger College of Engineering. In addition to his faculty appointments in the Departments of Bioengineering and Physics, Maslov holds appointments at the Carl R. Woese Institute for Genomic Biology and at the National Center for Supercomputing Applications. He also holds a joint appointment at the Argonne National Laboratory, Computing, Environment, and Life Sciences (CELS) directorate, where he works on deep neural networks for cancer drug predictions.

Maslov received his bachelor’s degree in 1989 and his master’s degree in 1992, each in physics and applied mathematics, from the Moscow Institute of Physics and Technology. He received his doctoral degree in physics from The State University of New York at Stony Brook in 1996. He held postdoctoral appointments at Brookhaven National Laboratory (BNL) from 1996 to 1998, after which he was hired on as a tenure-track physicist at BNL. Maslov received a Presidential Early Career Award for Scientists and Engineers (PECASE) in 2004. He joined the faculty at Illinois as a full professor in 2015.

Maslov was nominated to APS Fellowship by the society’s Topical Group on Statistical and Nonlinear Physics. The citation reads, “For seminal discoveries and contributions to the dynamics and statistical physics of networks, with wide-ranging applications in physics, self-organizing systems, information networks, and complex biological systems.”

El-Khadra quoted in Symmetry magazine: 'The many paths of muon math'

The goal of the experiment, Fermilab Muon g-2, is to better understand the properties of muons, which are essentially heavier versions of electrons, and use them to probe the limitations of the Standard Model of particle physics. Specifically, physicists want to know about the muons’ “magnetic moment”—that is, how much do they rotate on their axes in a powerful magnetic field— as they race around the magnet?

Physical Review B is celebrating its 50th anniversary in 2020. The journal emerged out of its revered parent, The Physical Review, in response to the explosive growth of specialized physics content. It has excelled in front-edge coverage of condensed matter and materials physics research. As part of the celebration, in 2020 the editors are presenting a Milestone collection of papers that have made lasting contributions to condensed matter physics. Selection of papers of such importance is not an easy task. It is inevitable that some very important work will not be featured because of the abundance of gems in the treasure trove of the largest journal for physics. The Milestones will be highlighted on the journal website and in social media throughout the year.

The University of Illinois Writing Across Engineering & Science (WAES) program has been awarded $599,999 by the National Science Foundation (NSF) for the research project Advancing Adaptation of Writing Pedagogies for Undergraduate STEM Education Through Transdisciplinary Action Research. This research program, which ultimately aims to incorporate effective technical writing as a core skill taught in STEM courses across the university, is funded through NSF’s Improving Undergraduate STEM Education Program: Education and Human Resources.