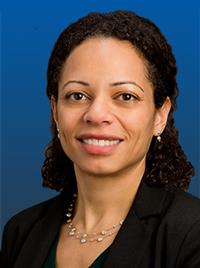 Mason is an extensively published experimental condensed matter physicist whose meticulous work and deep-sighted approach have shed light on some of the toughest questions relating to strongly correlated electron systems at the nanoscale.

Early in her career, Mason developed innovative new methods to fabricate and control quantum dots in carbon nanotubes. She then turned her focus to the study of correlations in carbon nanotubes and graphene, where her studies opened up new areas of research, most significantly, the non-equilibrium Kondo effect demonstrated in 2006 and the determination of individual superconducting bound states in graphene-based systems in 2011. More recently, Mason turned her attention to transport properties in nanoscale superconductors, an area of research that holds great promise for power transmission and ultra-fast computers.

Mason continues to study novel, nanoscale materials that may be useful in future applications. Last year, in collaboration with colleagues at Brookhaven National Laboratory, Mason was among the first to measure superconducting surface states in a new material—topological insulators—that were not confounded by interference from the charge carriers present in impurities in the material.

Mason began a four-year term as a general councilor of the American Physical Society (APS) in January, and was recently elected Chair of the APS Committee on Minorities. She also serves as one of the theme leaders for the DOE Basic Energy Sciences cluster on quantum materials and nanoarchitectures.

Mason has received numerous recognitions for her work, including the U. of I. College of Engineering Dean's Award for Excellence in Research (2013), the Maria Goeppert Mayer Award of the American Physical Society (2012), the Denice Denton Emerging Leader Award of the Anita Borg Institute (2009), a Woodrow Wilson Career Enhancement Fellowship (2008/09), a National Science Foundation CAREER Award (2007), and her appointment as a Center for Advanced Study Fellow (2011/12) at the University of Illinois. She was one of 122 young scientists to take part in the National Academy of Sciences' U.S. and Chinese-American Kavli Frontiers of Science symposia (2011).

The John Bardeen Faculty Scholar Award is sponsored by the Sony Corporation. This award is presented to faculty members relatively early in their careers who excel in their research, teaching, and service contributions to the College of Engineering and the University.