Catch Fred Lamb's lecture on the growing danger of nuclear weapons—the Jeremiah Sullivan Memorial Lecture is Thursday, May 5, at 6 p.m. in 144 Loomis or on Zoom

The third annual Jeremiah Sullivan Memorial Lecture, sponsored by the The Program in Arms Control & Domestic & International Security (ACDIS), will take place on May 5th, 2022 at 6 p.m. in 144 Loomis (please note new location).  Renowned arms-control expert, Illinois Physics Emeritus and Research Profesoor Frederick Lamb , will present "The Growing Danger of Nuclear Weapons and How We Can Reduce It.”

Today’s nuclear arsenals pose enormous risks for all humanity. Many agreements that reduced the threat of nuclear weapons have recently been abandoned, and some are advocating spending enormous additional resources on acquiring new nuclear weapons. The threat that nuclear weapons might be used has increased and we face a renewed nuclear arms race with potentially catastrophic consequences. Historically, scientists and especially physicists have played a critical role in helping citizens and decision makers understand the threat posed by nuclear weapons and what can be done to reduce the threat. I will explain the growing nuclear crisis and describe a new project sponsored by the American Physical Society to inform, engage, and mobilize students and faculty, especially physical scientists and engineers, to reduce the nuclear threat. 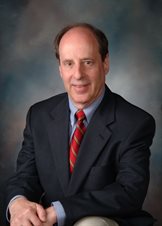 Frederick Lamb is the Brand and Monica Fortner Chair of Theoretical Astrophysics Emeritus and a core faculty member in the Arms Control and Domestic & International Security Program at the University of Illinois. As an expert on space policy, ballistic missiles and missile defenses, and the technical aspects of nuclear test bans, he has been a consultant to the Defense Department, national laboratories, and Congressional committees. He co-chaired the American Physical Society’s 2003 Study of Boost-Phase Missile Defense and led the 2022 Study of Missile Defense and National Security commissioned by the APS Panel on Public Affairs. The focus of his scientific research is high-energy and relativistic astrophysics and dense matter. He is a Member of the American Academy of Arts and Sciences and a Fellow of the APS. He shared the 2005 Leo Szilard Award of the APS for his leadership of the 2003 APS study of missile defense and the 2021 APS Five Sigma Physicist Award for his leadership of the 2022 APS study of missile defense. He shared the 2022 Bruno Rossi Prize of the American Astronomical Society for his contributions to the success of NASA’s NICER X-ray astronomy mission. For more information, see here

About the memorial lecture

The late Jeremiah Sullivan was a Professor of Physics at the University of Illinois, who served as Director of the ACDIS Program from 1986 to1994 and as Head of the Physics Department from 2000 to 2006. He superbly combined an intense interest in fundamental physics with a deep and life-long commitment to making the world a better and safer place.