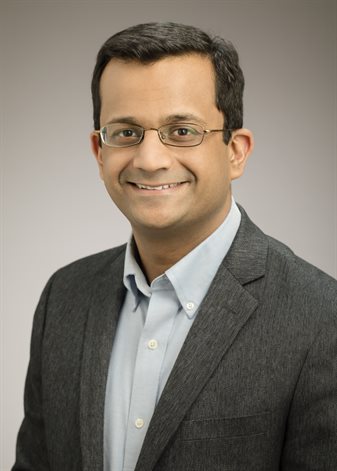 Illinois Physics Assistant Professor Fahad Mahmood has been selected for a 2022 National Science Foundation CAREER (Faculty Early Career Development) Award. This award is conferred annually in support of junior faculty who excel in the role of teacher-scholars by integrating outstanding research programs with excellent educational programs. The award reflects great promise for a lifetime of leadership within the recipients’ respective fields.

Mahmood is an experimental condensed matter physicist whose work developing new methods and ultrafast tools for the study of emergent quantum phenomena holds great promise for applications in quantum information science, superconductivity, and other emerging technologies. In his lab, Mahmood employs finely tuned lasers to measure, control, and manipulate the macroscopic emergent properties of quantum materials such as unconventional superconductors, topological systems, and frustrated quantum magnets.

Early in his career, while still a graduate student at the Massachusetts Institute of Technology (MIT) working in the group of Nuh Gedik, Mahmood developed innovative ultrafast optical and photoemission techniques to study and control short-lived low-energy emergent phenomena in a variety of quantum materials. As a postdoctoral researcher at Johns Hopkins University working in the group of Peter Armitage, Mahmood went on to develop and use THz-range spectroscopy techniques to probe collective states of matter in quantum materials at their natural low energy scales and temperatures.

Mahmood’s CAREER Award will support a project titled, “Nonlinear THz electrodynamics of spin quasiparticles.” Mahmood and his team will develop experimental methods employing lasers to directly observe and manipulate spin quasiparticles, which hold tremendous promise as quantum bits (qubits) for fast, energy-efficient data transmission and storage in quantum computing. A quasiparticle is a collective phenomenon that emerges due to quantum interactions between many particles. An emergent quasiparticle behaves like and can be characterized as a quantum particle.

Classical computing bits are based on the manipulation of the charge of electrons, but fundamental limits on transmitting and preserving electron charge as a unit of memory has scientists looking elsewhere for potential technological advances in next-generation computing. The development of spintronics technologies will require breakthroughs in fundamental research. Spin quasiparticles are notoriously difficult to detect, and the quantum mechanical properties that govern their collective behavior are poorly understood. But they are predicted to have the unique ability to store and transmit information in the form of angular momentum while not carrying any electron charge.

Mahmood’s CAREER Award will additionally support educational outreach in quantum science, and he has teamed up with the Physics Van, a popular travelling science show put on by UIUC undergraduate students for elementary schools. Physics Van teaches science through interactive demonstrations, conveys the joyful curiosity of scientific inquiry, and challenges preconceptions about what a scientist looks like. Mahmood is working with leaders of the student-outreach group to now extend Physics Van shows to middle schools, incorporating demos on quantum mechanics and quantum information science and mentoring middle school students on viable future pathways into science and engineering fields.

Mahmood received a bachelor’s degree in physics and engineering from Stanford University in 2010 and a doctoral degree in physics from the Massachusetts Institute of Technology in 2016. From 2016 to 2019, he was a postdoctoral fellow in physics at Johns Hopkins University, before joining the faculty at Illinois Physics in 2019.