Pi is not as constant as you think!

A lot of people are celebrating Pi Day on March 14, 2015 at 9:26 am. (This makes sense, of course, only if you put the month before the day when you write your date.) But let us not forget that π (the ratio of a circle's circumference to its diameter) is not actually constant in non-Euclidean geometry. And since we live on a two-dimensional spherical surface, this might actually make a difference for circles much smaller than we would intuitively might have guessed. But first, let's do some simple geometry: Imagine a sphere of radius R. We define a circle on the surface of that sphere as we would define a circle anywhere: a geometrical shape consisting of points equally distant from a selected point. On a 2D spherical surface those circles look like this: 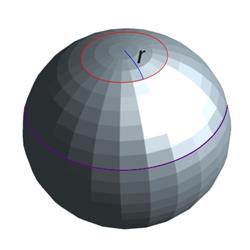 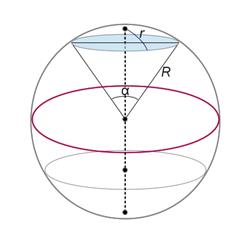 Fig. 1. 3D sphere with circles on its surface.

Note that radius r is measured along the curved line on the surface of the sphere from a point also on that surface. Now, if we actually calculate the circumference of one of the circles of radius r, it would be L=2πR sin(r/R)=2πR sin(α/2), where α is the flat angle from the center of the sphere to the circle on its surface (see Fig. 1). So, π', the varying ratio of the circumference to the diameter, would be
π'=L/D=π sin (α/2)/(α/2)=π sin (r/R)/(r/R). 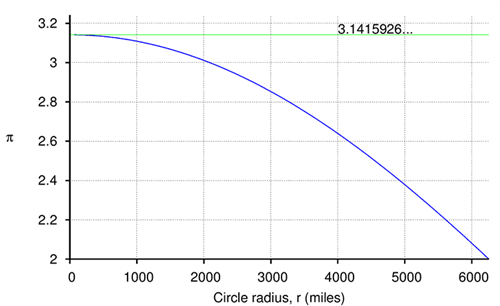 Now, some fun facts: for a circle of radius 1000 miles, the value of "π" would be around 3.10867! For a 50 mile radius, "π" would be 3.14151. And even the engineers who built the Large Hadron Collider should have worried about the value of "π", since for a circular structure 2.7 miles in radius (which is the case for the LHC) "π" would be 3.141592415! So, we strongly encourage all high energy physicists and their sympathizers to celebrate Pi Day two minutes earlier than the rest of the world to honor our non-Euclidean geometry! As for the community of general relativity... we encourage them to redo all the calculations in a non-minkowskian metric for a non-massless Earth to know exactly when they should celebrate Pi Day. Also, advocates of the Indiana Pi Bill who root for legally making π equal to 3.2 should probably reconsider and change it to a value smaller than 3.1415926, since no circle on Earth would give them their desired result! Though if the surface of our planet was a saddle, that would be a completely different matter...

As a bonus, we suggest another interesting geometrical observation: If you have a rope around the Earth hovering h=1 foot off the ground, can you guess how much longer the rope would have to be (than the circumference of the Earth)? That's right, 2π=6.28 feet longer than the 25018 mile-long circumference of the Earth. If this small number seems counterintuitive, you can check it easily:
L' - L=2π(R+h) - 2πR = 2πh=6.28 feet.