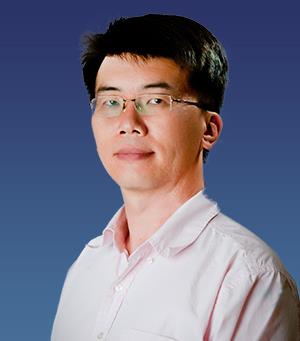 Ha maintains a large and highly successful research group at Illinois. Using sophisticated physical techniques he himself developed, Ha manipulates and visualizes the movements of single molecules to reveal basic biological processes involving DNA and other molecules. Research in his lab is focused on pushing the limits of single-molecule detection methods to study complex biological systems at unprecedented spatial and temporal resolutions at the molecular level.

Head of Department and Professor Dale Van Harlingen said, “Taekjip is a deserving and welcome addition to the academy membership. His innovative work has stretched the boundaries of biological physics, and he is a true visionary in his field. Through his many fruitful collaborations, Taekjip has substantially contributed to the agenda of several strategic campus research initiatives. And he has done much to position Illinois as a world leader in biological physics."

At Illinois, Ha is co-director of the Center for the Physics of Living Cells (CPLC), a Physics Frontiers Center funded by the National Science Foundation; and he is the Cellular Decision Making in Cancer theme leader in the Carl R. Woese Institute for Genomic Biology; In addition to physics, Ha holds an appointment as a professor in the Center for Biophysics and Computational Biology and holds affiliate appointments in the Beckman Institute, the Department of Medical Biochemistry, the College of Medicine, and the Department of Chemistry. He is also a Howard Hughes Institute Medical Investigator.

Ha was recently elected to membership in the American Academy of Arts and Sciences and he is a Fellow of the American Physical Society. In 2011, he received the Ho-Am Prize of the Ho-Am Foundation of Korea; in 2009, he was named a University Scholar at the Illinois; in 2007, he received the Michael and Kate Bárány Award of the Biophysical Society; in 2003, an Alfred P. Sloan Foundation Fellowship; in 2003, a Cottrell Scholar Award from the Research Corporation; in 2002, a Young Fluorescence Investigator Award of the Biophysical Society; and in 2001, a Searle Scholar Award (2001).

Ha received his doctoral degree in physics from the University of California, Berkeley, in 1996. He completed his postdoctoral training at Lawrence Berkeley National Laboratory and at the Department of Physics at Stanford University, prior to joining the faculty at Physics Illinois in 2000.

About the National Academy of Sciences

Established by President Lincoln in 1863, the National Academy of Sciences of the United States is charged with providing independent, objective advice to the nation on matters related to science and technology. Scientists are elected by their peers to membership in the NAS for outstanding contributions to research. The NAS is committed to furthering science in the United States, and its members are active contributors to the international scientific community.

Membership is a widely accepted mark of excellence in science and is considered one of the highest honors that a scientist can receive. A total of 84 new members and 21 foreign associates from 14 countries were elected this year in recognition of their distinguished and continuing achievements in original research.