Aksimentiev and Ryu receive Dean's Award for Excellence in Research

Associate Professor Aleksei Aksimentiev and Assistant Professor Shinsei Ryu have each received the 2015 Dean's Award for Excellence in Research from the College of Engineering at the University of Illinois at Urbana Champaign. The two were recognized for their trailblazing research that represents significant contributions to their respective fields.  They received their awards at a College of Engineering faculty awards banquet on Monday, April 27, 2015. 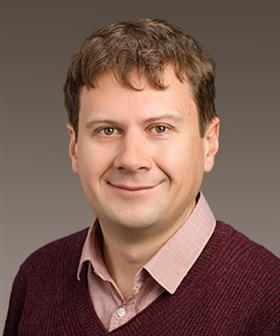 Aksimentiev is a pioneer in theoretical biological physics. He uses highly advanced computational methods to investigate physics at the interface of solid-state nanodevices and biological macromolecules. His theoretical work on DNA translocation through nanopores is recognized as the first computational study of that kind. And his innovative work modeling ionic transport through membrane channels is a seminal demonstration of the utility and predictive power of the molecular dynamics method, which now has many followers.

Among the current research foci, Aksimentiev forms silicon circuitry from assemblages of silicon-based synthetic membranes and biomolecules (DNA, proteins, and lipids). These can act as sensors, tweezers, or scaffolds in the assembly of biosynthetic complexes.

At the NIH Center for Macromolecular Modeling and Bioinformatics (UIUC), Aksimentiev directs the development of software solutions for computer modeling in biotechnology, which are used by many researchers worldwide.

Head of Department and Professor Dale Van Harlingen said, "Alek is fully worthy of this recognition. In true ‘Urbana style’ physics, his work is characterized by both creative innovation and effective collaboration across disciplines. His significant contributions to computational biological physics have helped to make Illinois a world leader in the modeling of molecular systems. His work on DNA sequencing in particular is recognized as world-leading. His research holds great promise for a host of nanoscale biomedical applications, such as advanced drug delivery vehicles and enzyme immobilization."

Aksimentiev is also a member of the Center for the Physics of Living Cells, a National Science Foundation (NSF) Physics Frontiers Center.

Aksimentiev is the recipient of numerous recognitions. In 2014, he was named a Blue Waters Professor, which provides him with regular access to the supercomputer by the same name at the National Center for Supercomputing Applications on the Illinois campus. In 2010, he received a CAREER Award from the NSF. From 2009-2010, he was named a Beckman Fellow at the Center for Advanced Studies at Illinois. And in 2008, he was selected for an IBM Faculty Fellow Award.

He joined the faculty at Physics Illinois in 2005. 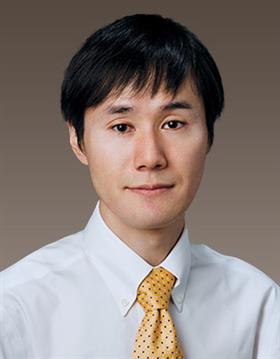 Ryu is a condensed matter theorist whose innovative fundamental research is informed by collaborations across the boundaries of physics research areas. He has made significant and lasting contributions to our understanding of quantum physics, particularly to quantum field theory and quantum gravity, as well as to quantum entanglement in quantum critical systems.

Ryu’s development of a "periodic table" classification system for topological insulators and superconductors in three spatial dimensions, devised with collaborators Andreas Schnyder of the Max-Planck-Institut, Akira Furusaki of the University of Tokyo, and Andreas Ludwig of the University of California at Santa Barbara, has likewise had an enormous impact in the field.

Ryu's broad research interests are reflected in a long list of publications in peer-reviewed journals, with subjects ranging from strongly correlated phenomena in microscopic systems, including quantum magnetism and the fractional quantum Hall effect, to the behaviors of mesoscopic systems, especially carbon nanotubes, graphene, and topological insulators. A unifying focus of Ryu's work has been elucidating the roles of the phase degree of freedom of wave functions and entanglement in quantum mechanical systems.

Head of Department and Professor Dale Van Harlingen said, “Shinsei is a brilliant theoretical physicist who has already made ground-breaking discoveries that represent lasting contributions to condensed matter theory.  He has extraordinarily broad interests and deep insights, which is all the more exciting given his wonderful ability to forge strong alliances with senior condensed matter theorists, as well as with high-energy and string theorists.  Shinsei is richly deserving of this recognition for his achievements and impact."

Ryu is a member of the Institute for Condensed Matter Theory at Illinois.

Ryu is the recipient of numerous prestigious honors. He was awarded the 2015 New Horizons in Physics Prize by the Breakthrough Prize Foundation. In 2014, he was selected a Sloan Research Fellow by the Alfred P. Sloan Foundation. In 2013, he was awarded the 27th Nishinomiya-Yukawa Memorial Prize for outstanding research in theoretical physics. And in 2012, he received the Condensed Matter Science Prize of Japan.

Ryu received his bachelor's degree in physics and his master’s and doctoral degrees in applied physics from the University of Tokyo in 2000, 2002, and 2005, respectively. Ryu completed two postdoctoral appointments, the first at the Kavli Institute of Theoretical Physics from 2005 to 2008, and the second at the University of California at Berkeley from 2008 to 2011.

Ryu joined the faculty at Physics Illinois in 2011.