LabEscape sequel 'Return to the Lab' open in Urbana 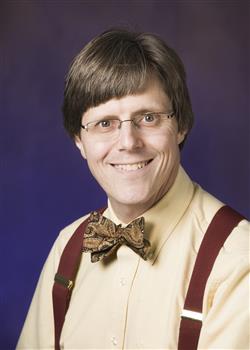 Professor Paul Kwiat
LabEscape is calling all agents back to the lab to solve the continuing mystery of the disappearance of Professor Schrödenberg, a University of Illinois physicist who developed a top-secret quantum computer that can crack any digital-security encryption code in the world. Once again, it’s up to you and your team to save the free world from evil forces plotting its destruction, and you have precisely 60 minutes to do it. Mysterious circumstances and new intelligence have reopened this investigation—unhackable messages were hacked three days ago, there are power surges coming from Dr. S’s abandoned secret lab, and her missing technology and a hard drive that were lost before her disappearance have now resurfaced.

LabEscape, a science-themed escape room at Lincoln Square Mall in Urbana, first opened in January 2017. Paul Kwiat, a physics professor at the University of Illinois at Urbana-Champaign, initiated the nonprofit LabEscape project two years ago as a community outreach effort, with the goal of showing that science can be fun, beautiful, useful, and accessible to all.

To date, nearly 2,500 agents have passed through in groups of up to six participants at a time. The sequel adventure, “Return to the Lab,” picks up the storyline three months after the first adventure. It features all new interactive puzzles that are based on amazing physics phenomena. Just like in the first adventure, no science knowledge is required—all information required to solve these puzzles is provided among the clues in the escape room.

“The sequel’s storyline was already planned when we wrote the first adventure,” shares Kwiat. “It’s really important that the storyline make sense and that the puzzles fit the storyline. I’m excited about these new puzzles, because they really are jaw-dropping. The agents who have revisited the lab have enjoyed the sequel as much or more than the original. Both adventures have received rave reviews. We’re particularly gratified that many of our attendees have described LabEscape as the best escape room they’ve ever done; this is nice testament to the many, many hours the puzzle development teams invested to create the space.”

In his own leading-edge research, Kwiat develops techniques for secretive communications with unbreakable encryption by manipulating the quantum behaviors of entangled photons—so he very much identifies with Dr. S’s storyline.

A Tesla coil produces voltages in excess of 50,000 volts that are able to arc through the air (the bright blue spark coming from the metal sphere at the top) and light up neon bulbs that aren't connected in any way. Photo by Paul Kwiat, Department of Physics, University of Illinois at Urbana-Champaign
Kwiat adds, “We’ve had a wonderful time exposing people to the joy of being a scientist, with the rewards for solving a difficult problem commensurate with the difficulty. It’s been great to see directly how important diversity is, too—groups with a mix of backgrounds often have a much easier time, even over groups that are all scientists. In fact, one of our record times is held by a group with no technical background at all.”

LabEscape will host a 13-month anniversary party and sequel celebration on Friday, March 2, from 5 to 9 p.m. There will be fun activities, contests, gifts, and free 15-minute escapes. Reservations for full escape adventures must be booked online at LabEscape.org. Tickets are $20 per person, or $15 with a student ID.

Day-to-day operations at LabEscape are handled by U of I undergraduate students who have completed introductory physics courses. Two levels of play are available in each storyline; the ‘challenge’ mode adds several puzzles beyond those in the ‘novice’ mode.

Kwiat plans to keep the escape room open for about two more years, after which he hopes to pack it up as a travelling exhibit on loan to science museums in major U.S. cities.

Financial support for this outreach project has been provided by the National Science Foundation through the American Physical Society, and by the Department of Physics and the Academy for Excellence in Engineering Education at the U of I at Urbana-Champaign. Proceeds above the cost of development and operation will support Urbana-Champaign’s STEM-related community outreach efforts.