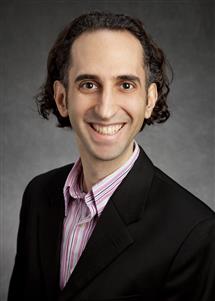 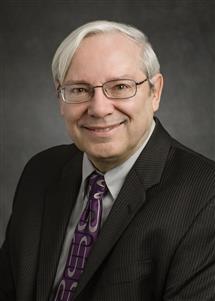 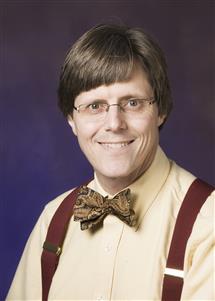 Professor Paul Kwiat
A two-day summit in Chicago taking place November 8 and 9 has brought together leading experts in quantum information science to advance U.S. efforts in what’s been called the next technological “space race”—and to position Illinois at the forefront of that race. The inaugural Chicago Quantum Summit, hosted by the Chicago Quantum Exchange, includes high-level representation from Microsoft, IBM, Alphabet Inc.’s Google, the National Science Foundation, the U.S. Department of Energy, the U.S. Department of Defense, and the National Institute of Standards and Technology.

The University of Illinois at Urbana-Champaign recently joined the Chicago Quantum Exchange as a core member, making it one of the largest quantum information science (QIS) collaborations in the world. The exchange was formed last year as an alliance between the University of Chicago and the two Illinois-based national laboratories, Argonne and Fermilab.

Representing the U of I at the summit are physics professors Brian DeMarco, Paul Kwiat, and Dale Van Harlingen, who are key players in the planned Illinois Quantum Information Science and Technology Center (IQUIST) on the U of I campus. The U of I news bureau announced last week the university’s $15-million commitment to the new center, which will form a collaboration of physicists, engineers, and computer scientists to develop new algorithms, materials, and devices to advance QIS.

DeMarco sums up the growing wave of excitement over this emerging field: “The future of many activities central to human life, including transportation, medicine, and manufacturing, will be transformed by improvements in computing, networking, and sensing over the next century. However, computers, networks, and devices based on conventional technology are inherently limited in their ability to tackle some of the most important problems we will face.

“Quantum computers and networks leverage the physics of quantum mechanics to tackle these problems at a magnitude much larger than any future supercomputer. For example, a large-scale quantum computer could determine the properties of chemical bonds key to new pharmaceuticals for complexes larger than any supercomputer could ever deal with. Beyond medicine, this may also be a route to optimizing artificial photosynthesis for carbon management, which may be central to preventing disaster from climate change.”

At the summit, DeMarco is looking forward to learning what other members in the exchange are interested in accomplishing and to discussing just how the new partnership will work.

“These are exciting times for QIS in Illinois,” he comments. “Now that we’ve announced and initiated IQUIST, the U of I has the opportunity to play an even larger role in the QIS revolution. And, joining the Chicago Quantum Exchange provides us natural and strong partners close to home. It will be exciting to see what Argonne, Fermilab, the University of Chicago, and the University of Illinois can do together! Each has unique strengths and somewhat different perspectives. Whatever emerges from the convergence of these different players will be fantastic and new.”

Van Harlingen is a panelist at the summit. He comments, “The University of Illinois at Urbana-Champaign has world-class programs in physics, electrical and computer engineering, and computer science. And we have a demonstrated record of solving big problems through a broad interdisciplinary research and education approach—what we in physics like to call 'the Urbana style' and for which we are well-known and highly respected. We are uniquely equipped to answer the call for new innovations in QIS and to train a strong future QIS workforce.”

Kwiat has been working in the field for the last couple of decades and he is happy to see the U.S. ready to invest the kind of resources into QIS research that Europe, China, and Japan are investing.

“When the first research in QIS started 25 or 30 years ago, there were probably a handful of best ideas that scientists were pursuing,” Kwiat recalls. “The field has evolved, and there are now many promising avenues of research to pursue. There is a lot of excitement over that—an expectation of something unexpected coming out of these efforts. Take for example the idea of a quantum network, which would have several potential applications, not only for encrypted communications. It’s been proposed that we could someday use a quantum network as a telescope, with each node acting as an eye on the sky. The combined effect would be a telescope equivalent to the size of the Earth. With that kind of resolution and magnification, we could see things in deep space far surpassing what we ever believed possible before.”