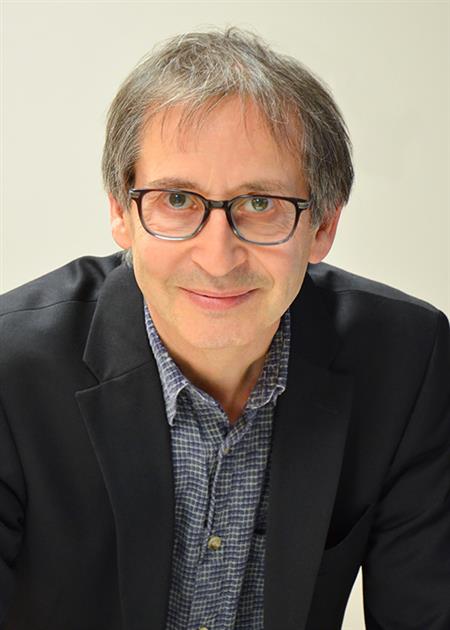 Swanlund Professor of Physics Nigel Goldenfeld
The rich complexity of turbulence—with its wide range of length and time scales—poses a major challenge to the development of predictive models based on fluid dynamics. Now, four leading physicists will co-lead an international effort to develop a statistical theory of turbulence. If successful, a statistical theory of turbulence would have broad applications, including in aeronautics, geophysics and astrophysics, medicine, and in the efficient transport of fluids through pipelines.

Funded by the Simons Foundation, the research project titled “Revisiting the Turbulence Problem Using Statistical Mechanics” will bring together an international team from the US, UK, France, Austria, and Israel to apply novel techniques in non-equilibrium statistical physics to the unresolved problem. University of Illinois at Urbana-Champaign Physics Professor Nigel Goldenfeld is a lead PI on the project.

“This is the last great problem from classical physics,” notes Goldenfeld. “It has eluded a theoretical description since it was first scientifically studied in the 18th century. Turbulence has major significance for everyday life. For example, the speed of every flowing river is determined by turbulence. The drag experienced by an airplane or car is determined by turbulence. If we could understand how to control this, it could save billions of dollars every year in fuel costs.”

Goldenfeld’s research group will build on earlier theoretical investigations into the transition from laminar to turbulent flow in pipes. Current leading models of fluid mechanics of flow vary depending on the number of dimensions, whether 1D, 2D, or 3D. Goldenfeld and his team will investigate whether the transition to turbulence in any dimension is governed by the directed percolation universality class, which would shed new light on the fluid behavior near the transition.  Another line of research will explore methods to calculate the generated friction when a turbulent fluid moves past the wall of a pipe. Finally the collaboration will try to understand how turbulence generates eddies of fluid motion at all scales, another phenomenon that had long been recognized as characteristic both of turbulence and phase transitions.

The grant will support two graduate students conducting original research in the Goldenfeld group, on topics emanating from the project. Goldenfeld’s team also includes leading mathematicians and physicists in England and France—Dwight Barkley of the University of Warwick, Laurette Tuckerman of the ESPCI Paris, and Yves Pomeau of the École Polytechnique, Paris.

Goldenfeld and his three co-lead PIs will coordinate their efforts for more efficient progress. Each brings unique specializations to the collaboration. Lead PI Björn Hof of the Institute of Science and Technology Austria will perform experimental studies on transitional and turbulent flows. Lead PI Gregory Falkovich of Weizmann Institute of Science will work with colleagues at Brown Uiversity and University of Leeds to develop a theory of turbulence-flow interaction. And Lead PI Gregory Eyink of Johns Hopkins University will collaborate with colleagues at École Normale Supérieure de Lyon to study large deviations, anomalies, and cascades in turbulent flows.

“The approach all four teams will use relates turbulence to statistical mechanics, not fluid mechanics per se,” explains Goldenfeld. “That means we are using tools and perspectives that have certainly been recognized previously as being relevant to turbulence. But our project contains new insights and concrete technical ideas that have already made a breakthrough in our understanding of how turbulence arises in the first place. There is now incontrovertible experimental and computational evidence that fluid motion goes from smooth, laminar, and predictable to irregular, turbulent, and unpredictable through a phase transition that is something similar to the way in which a material makes a transition into the magnetic or superconducting state. In other words, it is a collective statistical effect, not easily understood in terms of specific fluid motions.

“This new perspective and set of results are a new direction for the field going forward. Using existing concrete, testable, and tested predictions that come from statistical mechanics, we are attempting to extend our work into a full narrative of turbulent flow behavior."

Learn more about this research initiative at the Simons Foundation website.