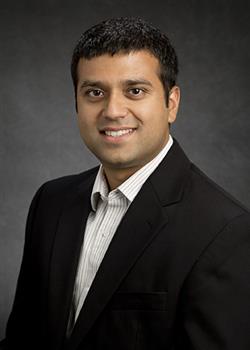 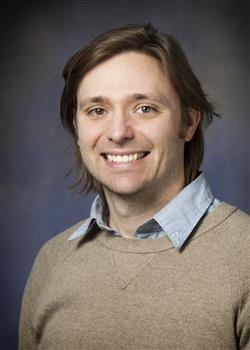 University of Illinois at Urbana-Champaign Professor of Physics Taylor Hughes
Most technologies today rely on devices that transport energy in the form of light, radio, or mechanical waves. However, these wave-guiding channels are susceptible to disorder and damage, either in manufacturing or after they are deployed in harsh environments.

The inspiration for the pump came from Nobel Prize-winning physicist David Thouless’ work published in 1983, in which he proposed a scheme to achieve quantized transport of single particles, such as electrons, through a periodic potential, such as a chain of atoms. The underlying principle is to make gradual, periodic modulations to the structure of the chain as a function of time. At the completion of each period of the pumping cycle, a single particle must enter the chain on one end, and simultaneously a single particle must exit the other end of the chain. This reliably occurs even if the chain of atoms has some moderate amount of disorder. 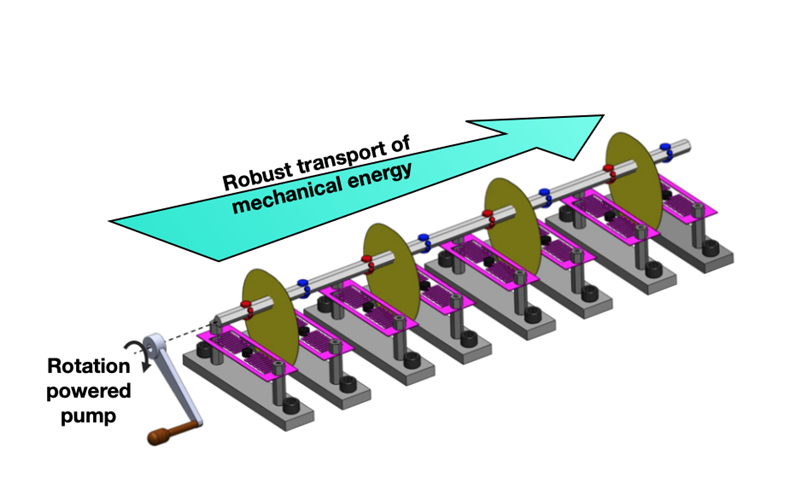 This type of system is termed a pump because its technical description evokes a vision of an Archimedes' screw, a hand-cranked water pump dating back to ancient Egypt, which is referenced in historical sources.

The Grainger researchers took Thouless’s idea and implemented it into a mechanical topological pump. A notable distinction is that Bahl and Hughes' pump transports mechanical energy, not particles or water, across the entire chain in one period of the pumping cycle. Moreover, the pump operates successfully even if the chain has significant amount of disorder in space or time. To complete the analogy to a water screw pump, the researchers powered their demonstration with a rotating crank shaft.

“Ultimately, we would like to extend this demonstration to produce similarly resilient wave-guides for light, sound, and electricity,” explains Bahl. “The dream is to put a signal in on one end of a one-dimensional channel, and have guaranteed transport to the other end, in a robust fashion whenever the user wants it. We believe that topological pumps are a great way to do that.”

Optical fiber and copper lines form the backbone of all our communication technologies. Presently, moderate damage along such communication channels – e.g. anything but complete disconnection – can reduce signal strength and even produce undesirable reflections, which adversely affect the amount of data that these channels can carry.

The research team believes that topological pumping could be a great solution in these scenarios.

Mao Lin, Wladimir A. Benalcazar, Christopher W. Peterson, and Cameron Harris were also collaborators on the article, which can be found in Nature Communications at https://www.nature.com/articles/s41467-020-14804-0.