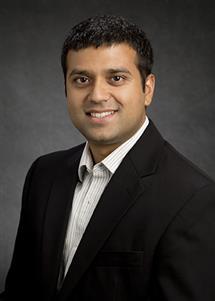 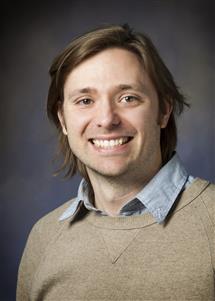 Illinois Physics Professor Taylor Hughes
The charge of a single electron, e, is defined as the basic unit of electric charge. Because electrons—the subatomic particles that carry electricity—are elementary particles and cannot be split, fractions of electronic charge are not normally encountered. Despite this, researchers at the University of Illinois at Urbana-Champaign have recently observed the signature of fractional charges ranging from e/4 to 2e/3 in exotic materials known as topological crystalline insulators.

The team of researchers, led by Illinois Mechanical Science and Engineering Professor Gaurav Bahl and Illinois Physics Professor Taylor Hughes, has been using ultra high frequency electric circuits to study topological insulators since 2017. Their recent measurement of fractional charge, appearing in the current issue of the journal Science, stems from the team’s theoretical work on crystalline insulators.

Hughes explains, “It may seem strange that fractional charges can even exist, given that electrons are indivisible. But when we are looking at the total charge of a material, we are considering the contributions of many electrons. Depending on how the electronic charges are arranged in space, they may cooperate to leave behind a localized and sharply quantized fraction of charge.”

The simplest example of a material that can host fractional charges is a one-dimensional chain of atoms with a reflection symmetry down the middle. If the number of positive ions in the chain is equal to the number of electrons, everything looks charge neutral. However, if the numbers are not equal, say for example if one electron is missing, the missing negative charge is forced to split equally between the two symmetric sides of the chain, leaving a fractional e/2 charge on each side.

“In the rotation-symmetric materials that we are studying, fractional charges can exist in units of 1/3, 1/4, or even 1/6, depending on the underlying symmetry,” Hughes adds. 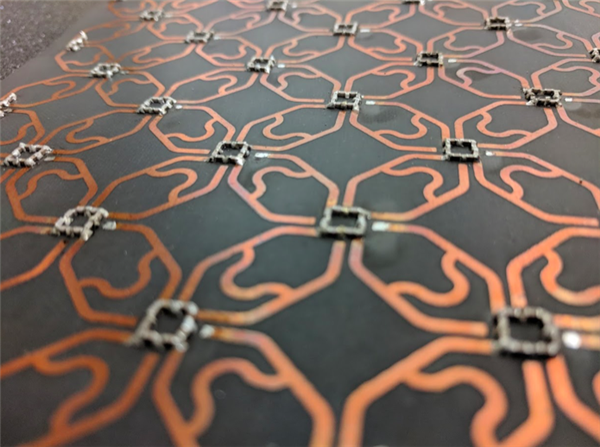 Photograph of the 4-fold symmetric topological circuit used in this study. Image courtesy of Bahl, Hughes, et al., University of Illinois at Urbana-Champaign
To search for the signature of these fractional charges experimentally, the team built specially designed circuits made of microwave resonators, which are devices that absorb electromagnetic radiation only at a specific frequency (about the same frequency as a microwave oven). These centimeter-scale resonators act like the atoms within a real material, enabling the construction and testing of a wide range of material possibilities.

“Unfortunately, it is not currently possible to build a material atom by atom, and it is often difficult to find naturally occurring materials with the properties we are looking for. Instead, we built circuit analogues of the crystals that were predicted to host fractional charges. Using this approach, we can measure how these circuits absorb radiation and use that to calculate how electrons would behave in an analogous solid-state crystal,” shares lead author Christopher Peterson, a graduate student in electrical engineering at the U. of I.

Previous theoretical studies had suggested that measurement of fractional charges is key to identifying a new class of materials called higher-order topological insulators, but there had been no way to experimentally test this. After establishing a new method to measure such fractional charges, the researchers were also able to develop and demonstrate a new metric to identify high-order topology.

Topological insulators have recently gained fame for the robust conductive channels at their boundaries, which remain in pristine condition even when the material has defects. This robustness is very enticing since it could be used to make electronic and optical devices more efficient, by protecting the transmission of electricity or electromagnetic waves, in spite of manufacturing errors or damage. The newly discovered higher-order topological insulators add to this story by hosting protected conductive channels at the intersections of boundaries, e.g. at corners instead of edges, which can greatly expand the possibilities for robust technologies.

“The new method of identification that we have demonstrated could allow scientists to unambiguously identify topological insulators of any order, using their fractional charge signature. Ultimately, this brings the promise of more efficient and robust devices based on topological materials ever closer to reality,” notes Bahl.

This work was sponsored by the US National Science Foundation and the Office of Naval Research. Contributors to the paper also included Tianhe Li, a physics graduate student at the U. of I., and Wladimir Benalcazar, a postdoctoral fellow at Pennsylvania State University.