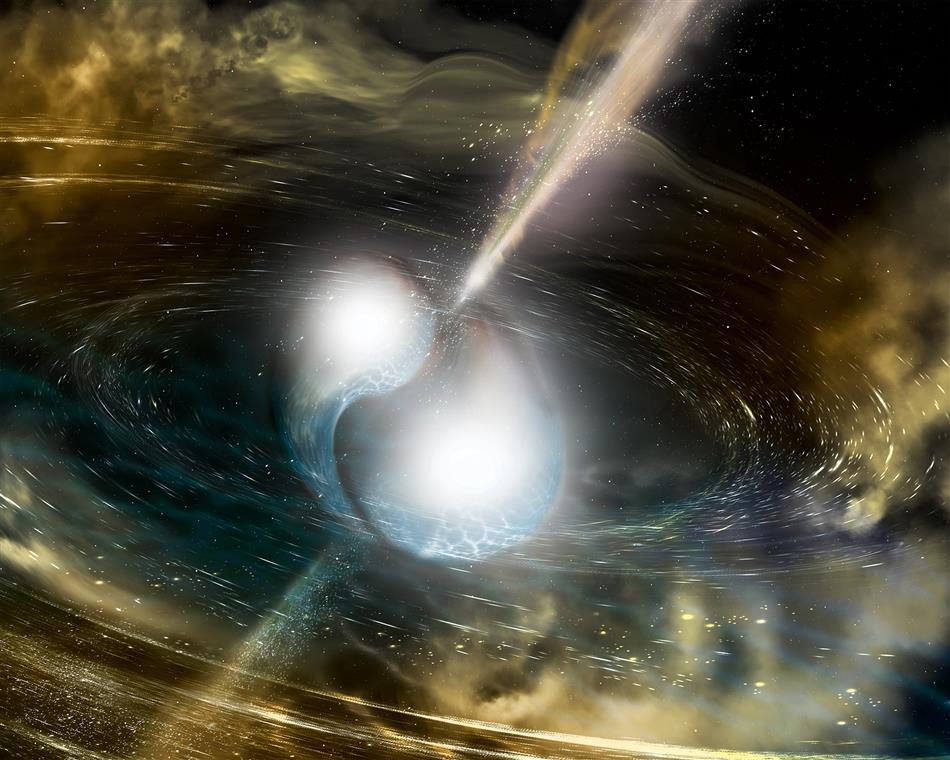 New interdisciplinary center will study mysteries of universe through many lenses 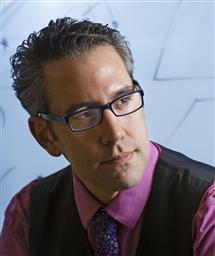 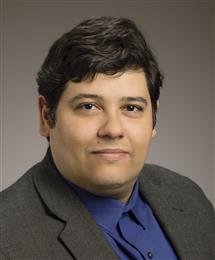 Illinois Physics Professor and ICASU Associate Director Jorge Leite Noronha
What is the true nature of dark matter? What is dark energy? Why is the expansion of the universe accelerating? Why is there way more matter than antimatter in the universe? And is Einstein’s theory of general relativity correct even under the most extreme conditions in the universe?

These big fundamental questions have yet to be answered.

According to Nicolas Yunes, founding director of the new Illinois Center for Advanced Studies of the Universe (ICASU) housed in the Department of Physics at the University of Illinois at Urbana-Champaign, scientists are making great strides in our understanding of the fundamental nature of our universe by collaborating across scientific disciplines.

“Our scientific understanding of the universe is at a tipping point, thanks to recent observations and to new computational and mathematical models for understanding these observations,” comments Yunes. “The level of complexity, however, is such that a compartmentalized approach to science is useful no longer, and only through collaboration can we shed new light on the nature of the universe.”

ICASU was founded in Spring 2020 to accelerate progress among scientists at the U of I who are working to answer long-standing questions about our universe. The new center brings together physicists working in the areas of gravity, cosmology, nuclear physics, and particle physics with astronomers, computer scientists, and data scientists. Plans are in place to bring on board additional Illinois faculty in mathematics, philosophy, and education. The center straddles multiple U of I colleges and centers, including the National Center for Supercomputing Applications.

“Many ICASU faculty members and researchers belong to large collaborations,” Yunes adds. “The scale needed for scientific endeavors to yield new discoveries has exploded in the last 75 years. Our faculty bring those connections, resources, and expertise with them into the center, strengthening the interdisciplinary activities of the center.”

The initial funding for the center comes from alumni support in the form of endowments donated to Illinois Physics and from federal grants received by ICASU faculty members.

With additional outside support, the center will fund ICASU postdoctoral and graduate student fellows, who will have the freedom to work with multiple ICASU faculty members on any problem of their choosing, notes Illinois Physics Professor Jorge Leite Noronha, who is the associate director of the new center.

Noronha sums up, “Our goal is to make ICASU an extremely attractive, exciting, and productive working environment for its faculty and, most importantly, for its research fellows—graduate students and postdoctoral scientists. The plurality of research threads already in place at ICASU will allow young scientists to broaden their interests and expertise to tackle physics problems from a new perspective.”

In his own nuclear physics research, Noronha characterizes the interactions and emergent properties of quarks and gluons—the fundamental particles behind the so-called strong force—in systems both in and out of equilibrium. Noronha says this work can only benefit from the tools and vantage points of outside fields, and he looks forward to an upcoming ICASU research project that seeks to better understand the new fluid-like properties displayed by ultradense neutron star matter in strong gravitational fields.

Notes from the ICASU Executive Committee

ICASU executive committee member and Physics Professor Aida El-Khadra is a theoretical high-energy physicist. She points out that all ICASU research will seek a deeper understanding of the universe, from the smallest to the largest scales.

“My own research deals with quantifying the effects of quantum chromodynamics—aka the strong force—in subatomic processes to enable indirect searches for new physics. In other words, we confront experimental measurements with standard model theory at high precision.

“Research in high-energy physics naturally overlaps with all the other fields represented in ICASU, and the new center will help forge new connections within our membership’s collective body of research.”

“The center will be a magnet for talent,” Gammie asserts. “Many young people start their careers with broad interests and then find that it is difficult to pursue all their interests in one place. With ICASU, we can offer incoming recruits the opportunity to study a great breadth of problems in a single, rich, fertile place.”

Gammie says he looks forward to working on unanswered questions with scientists in overlapping fields.

“For example, we've already turned up unexpected connections between ongoing work my colleagues are doing in theoretical nuclear physics and work that I'm doing on black holes,” Gammie shares. “The connections ICASU enables will make it even better to be at Illinois.”

ICASU executive committee member and Physics Professor Gil Holder is a theoretical astrophysicist and cosmologist whose research has natural bridges to the study of gravity, particle physics, and nuclear physics. Holder also asserts that the most pressing questions are at the intersection of several fields.

“The center will encourage an interdisciplinary perspective, which is especially important for the graduate students and postdocs that will be involved.

“For example, the best evidence we have for something that is beyond the standard model of particle physics is the observation of dark matter, which is still only understood through its gravitational effects in astrophysics and cosmology.

“Furthermore, cosmic microwave background experiments turn out to be excellent particle physics experiments, highly sensitive to new particles and the most precise tool around for measuring the rest mass of neutrinos, the last particle in the standard model that has not yet been weighed.”

ICASU executive committee member and Astronomy and Physics Professor Brian Fields studies the high-energy processes that forged and drive the universe, including supernova explosions and the astrophysics of cosmic rays, gamma rays, and neutrinos.

“The search for dark matter is one of the great scientific quests of our day,” Fields points out. “Already we know a great deal about what dark matter is not, and this teaches us that characterizing dark matter will demand new fundamental physics. To understand the nature of dark matter will require progress across many domains.”

“ICASU faculty have complete freedom to pursue any questions in science they wish to pursue, and that intellectual freedom is critical to scientific progress,” Yunes concludes. “This will be a great advantage not only to faculty, but to our student and postdoctoral fellows as well.”

Because of social distancing requirements during the global COVID-19 pandemic, the center’s planned education and outreach efforts are currently being revised. An inaugural workshop slated for November 2020 has been postponed until further notice, and a series of distinguished colloquia slated for Fall 2020 will likely become virtual colloquia.

Also on hold for the moment are planned outreach activities to middle and high school students throughout the state of Illinois, involving drones, 5K races in Champaign-Urbana, as well as planetarium activities. In the meantime, the center’s faculty and staff are looking at creative ways to offer similar socially distanced educational and outreach experiences.