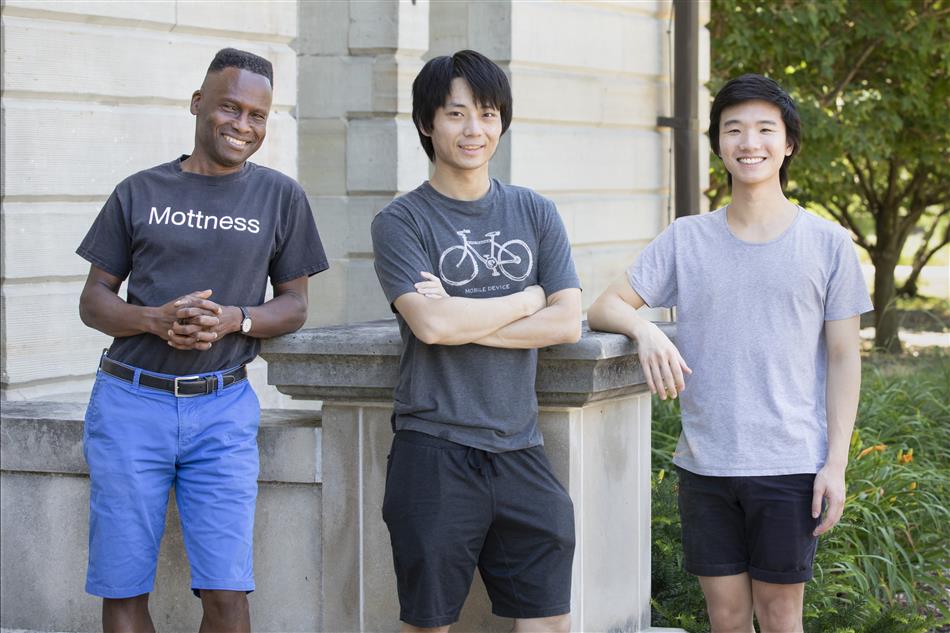 The discovery of high-temperature superconductors, now more than 30 years ago, seemed to promise that a host of new technologies were on the horizon. After all, the cuprates’ superconducting phase can be reached using liquid nitrogen as a coolant, instead of the far costlier and rare liquid helium required to cool BCS superconductors. But until the unusual and unexpected superconducting behavior of these insulators can be theoretically explained, that promise remains largely unfulfilled.

An outpouring of both experimental and theoretical physics research has sought to uncover a satisfactory explanation for superconductivity in the cuprates. But today, this remains perhaps the most pressing unsolved question in condensed matter physics.

The team has published its findings online in the journal Nature Physics on July 27, 2020.

“Aside from the obvious difference in superconducting temperatures, the cuprates start off their lives as Mott insulators, in which the electrons do not move independently as in a metal, but rather are strongly interacting,” explains Phillips. “It is the strong interactions that make them insulate so well.”

In their research, Phillips’ team solves exactly the analog of the “Cooper pairing” problem from BCS theory, but now for a doped Mott insulator.

“This is the first paper to show exactly that a Cooper instability exists in even a toy model of a doped Mott insulator,” notes Phillips. “From this we show that superconductivity exists and that the properties differ drastically from the standard BCS theory. This problem had proven so difficult, only numerical or suggestive phenomenology was possible before our work.”

Phillips credits ICMT post-doctoral Fellow Edwin Huang with writing the analogue of the BCS wave function for the superconducting state, for the Mott problem.

The wave function is the key thing that you have to have to say a problem is solved,” Phillips says. “John Robert Schrieffer’s wave function turned out to be the computational workhorse of the whole BCS theory. All the calculations were done with it. For interacting electron problems, it is notoriously difficult to write a wave function. In fact, so far only two wave functions have been computed that describe interacting states of matter, one by Robert Laughlin in the fractional quantum Hall effect, and the other by Schrieffer in the context of BCS theory. So the fact that Edwin was able to do this for this problem is quite a feat.”

Asked why the cuprates have proven such a mystery to physicists, Phillips explains, “In fact, it is the strong interactions in the Mott state that has prevented a solution to the problem of superconductivity in the cuprates. It has been difficult even to demonstrate the analogue of Cooper’s pairing problem in any model of a doped Mott insulator.” 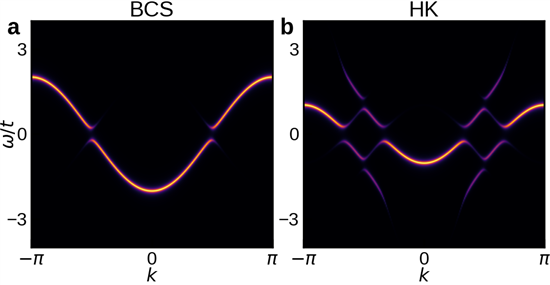 Comparison between the superconducting state of a traditional metal and the doped Mott insulator. The presence of two bands in the HK model sets the two apart and a superconducting energy gap forms on each. Credit: Phillips, et al., Illinois Physics
Huang’s Mott insulator wave function further enabled Phillips, Huang, and physics graduate student Luke Yeo to solve a key experimental puzzle in the cuprates, known as “the color change.” Unlike metals, the cuprates exhibit an enhanced absorption of radiation at low energies with a concomitant decrease in absorption at high energies. Phillips’ team has shown that this behavior arises from the remnants of what Phillips calls “Mott physics” or “Mottness” in the superconducting state.

In addition, the researchers have shown that the superfluid density, which has been observed to be suppressed in the cuprates relative to its value in metals, is also a direct consequence of the material’s Mottness.

Further, Phillips’ team has gone beyond the Cooper problem to demonstrate that the model has superconducting properties that lie outside that of BCS theory.

This research was funded by the National Science Foundation’s Division of Materials Research and by the Gordon and Betty Moore Foundation’s Emergent Phenomena in Quantum Systems (EPiQS) Initiative. The findings presented are those of the researchers, and not necessarily those of the funding agencies.

Read the Nature Physics "News & Views" article by Jan Zaanen, about this work.