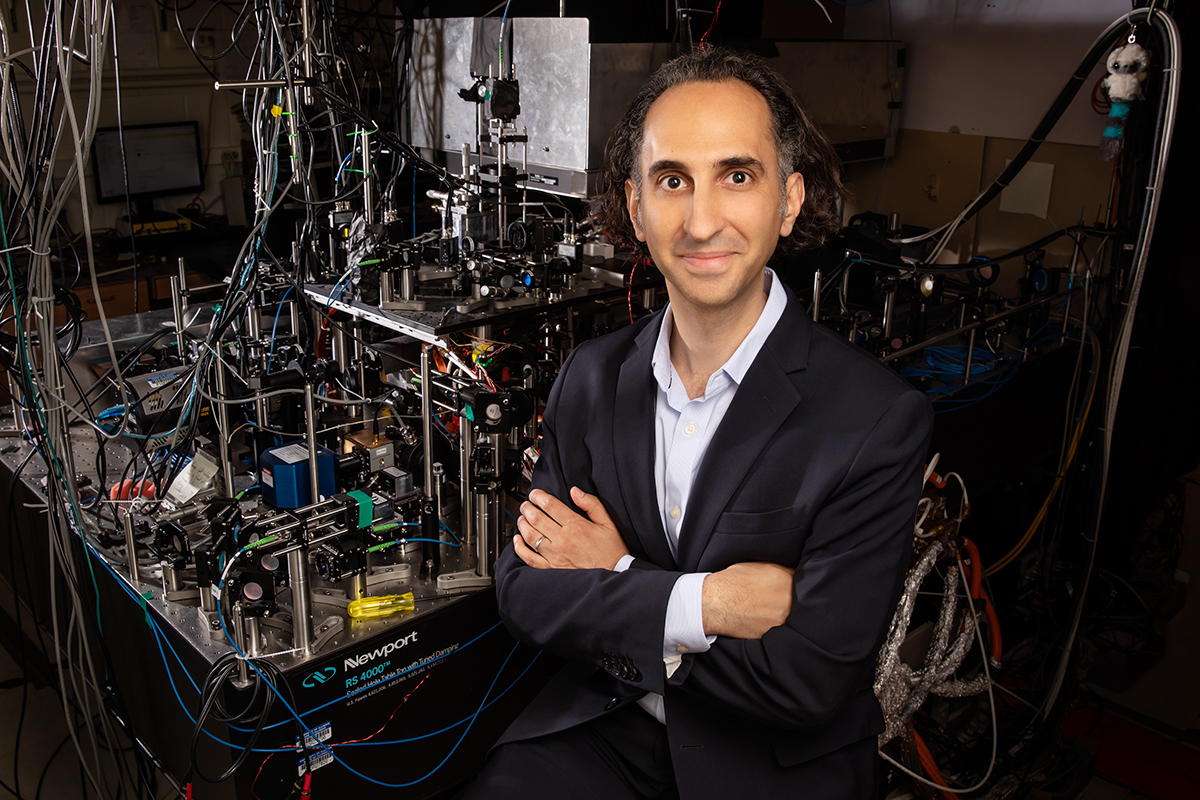 A peculiar phenomenon in ultracold Fermi atom gases, first predicted in 1998 by Illinois Physics Professor Brian DeMarco while a graduate student at the University of Colorado Boulder and his then–doctoral advisor, the late JILA fellow Deborah Jin, has finally been observed 23 years later. Three experimental teams have simultaneously published their findings in the journal Science, confirming that light scattering used to probe a degenerate Fermi gas is suppressed by the Pauli exclusion principle, resulting in higher transparency of the gas.

A “Perspectives” article published today in the “Insights” section of the same issue of Science, authored by DeMarco and University of Toronto Physics Professor Joseph Thywissen, discusses the significance of the experimental findings and references possible applications in quantum-gas physics and the further development of atom-based quantum technologies.

Fermions include electrons, protons, and neutrons, which comprise all of the matter that surrounds us. In these experiments, the atom gases are trapped and cooled to ultracold temperatures to achieve a collective quantum state commonly called “the Fermi sea.” In this state, the Pauli exclusion principle—that no two identical fermions can occupy the same quantum state—dominates the behavior of the gas. This is what gives atoms their stability and accounts for neutron stars not collapsing under their own weight.

DeMarco comments, “The fact that Fermi statistics makes an ultracold gas more transparent to light is exciting physics. It’s a subtle effect that is hard to measure. Finally, 23 years later, three groups were able to observe this effect, an important experimental result that connects generations of quantum scientists across two decades and opens up new possibilities in quantum-gas physics.”

Jin and DeMarco, well-known pioneers in the study of Fermi gases, are noted for having created the first ever Fermi gas of atoms in 1999, just one year after they predicted the peculiar light-scattering effect. Now three separate research teams validate Jin and DeMarco’s prediction in three different ultracold gases of fermions: Margalit et al. of the Massachusetts Institute of Technology, Sanner et al. of JILA, NIST, and CU Boulder, and Deb and Kjærgaard of University of Otago, New Zealand.

Today, DeMarco, a founding member of the Illinois Institute of Quantum Information Science (IQUIST), the Director of the National Science Foundation Quantum Leap Challenge Institute for Hybrid Quantum Architectures and Networks (QLCI­–HQAN), and colead of the quantum information thrust of the newly launched IBM-Illinois Discovery Accelerator Institute, continues to use optical techniques to explore quantum mechanics at the atomic scale, especially in search of applications in quantum information science.

DeMarco notes, “Researchers at Illinois Physics are expanding the frontier of ultracold gas and quantum science. We are fortunate here at Illinois to be supported in these critical research efforts with excellent resources and interdisciplinary institutes, such as IQUIST, which enable strong interdisciplinary collaborations and the potential for industry partnerships. This is certainly an exciting result and an exciting time to work in our field.”