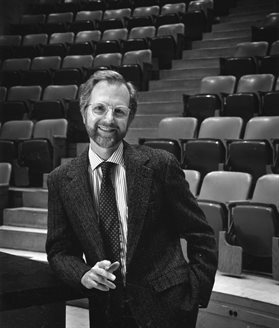 Professor Wolfe spent his entire faculty career at the University of Illinois, retiring in 2006 after 30 years in Urbana. He was a principal investigator in the Frederick Seitz Materials Research Laboratory (MRL), where he concentrated on the physics of excitonic matter and phonons in solids. Phonons are vibrations of atoms or molecules in the crystal structure of materials that propagate as sound or heat, depending on the frequency of the vibrations, as they pass through the material.

Wolfe received his bachelor’s and doctoral degrees in physics from the University of California, Berkeley. He remained at Berkeley as an assistant research physicist, and with Carson Jeffries’ group, he applied optical and microwave techniques to the newly discovered phenomena of electron-hole droplets in Germanium. Using infrared imaging, they took the first photo of an electron-hole droplet. He joined the Department of Physics at Illinois in 1976.

Wolfe directed multi-investigator projects for the National Science Foundation and the U.S. Department of Energy at the MRL. Between 1999 and 2002, he served as the Department of Physics’ associate head for graduate programs, one of the largest in the nation. He also served on several high-level campus administrative committees over the years and supervised the thesis research of 25 doctoral students during the course of his prolific career. A dedicated and gifted teacher, Wolfe developed an introductory textbook after his retirement, “Elements of Thermal Physics,” that is used by approximately 1000 undergraduate engineering students at Illinois every year. His research textbook, “Phonon Imaging,” has become a staple for graduate students and researchers alike.

In 2004, Wolfe was awarded the Frank Isakson Prize of the American Physical Society “for contributions to the fundamental understanding of excitonic matter in semiconductors, including its propagation, made possible by pioneering development of imaging techniques that lend graphic insights to electronic and vibrational processes in solids.” In 2010, Wolfe received the Paul G. Klemens Award of the International Conference on Phonon Scattering in Condensed Matter for his investigations of a phonon “wind” and his groundbreaking contributions to the phonon physics involved in dark matter detection. He received a U.S. Senior Scientist Award in 1988 from the Alexander von Humboldt Foundation (Germany), and a Japan Society for the Promotion of Science Fellowship in 1991. He was elected a Fellow of the American Physical Society in 1980 and a Beckman Fellow of the University of Illinois Center for Advanced Study in 1982.