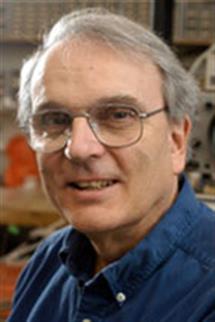 Professor of Physics Robert McDonald Clegg, 67, died on October 15, 2012, at Carle Hospital in Urbana, Illinois, of complications related to cancer. He was surrounded by his family.

Clegg was born in Providence, Rhode Island on July 18, 1945. He leaves behind his wife, Margitta Clegg, three sons, Benjamin F. Clegg, Niels T. Clegg, and Robert A. Clegg, his sister, Victoria L. Clegg, and his daughter-in-law Jennifer J. Clegg with his unborn first grandson Henrik Robert Clegg. He was preceded in death by his parents, Robert E. Clegg and Lois K. Clegg, and his brother, Douglas A. Clegg.

In his research career, Clegg demonstrated a rare mastery of both biological sciences—specifically biochemistry and molecular biology—and physical sciences, and so was in a unique position to lend the methodologies and capabilities of each to the other.

He was a gifted experimentalist and superb theorist who worked in many areas of biological physics. With his broad expertise, he was a dynamic force in the department's Biological Physics program.

Clegg was an expert in leading-edge techniques and theories in optical spectroscopy and fluorescence microscopy, which he applied to his studies of DNA and RNA dynamics, investigating molecular structures of nucleic acids and proteins, as well as quantifying functional properties of complex biological structures in cellular biology. He was a pioneer in the development of full-field fluorescence lifetime-resolved microscopy (FLIM) and its medical applications in endoscopy; FLIM has become a cutting edge tool in the early diagnosis of tumors.

Illinois Professor Emeritus of Biophysics, Biochemistry and of Plant Biology Govindjee worked closely with Clegg and Clegg's graduate students over the last several years, and the two collaborators were planning to write a chapter together for an upcoming book, among other projects.

"Bob's leaving us is the greatest shock to me. I am saddened to the extent that I cannot describe it in words. After my retirement, Bob was my only collaborator and he was very dear to me—the kindest friend I had at Illinois," said Govindjee. "He and I understood each other. He was a real teacher of physics to me—I being a biologist. I loved his personal ways of dealing with science, people, and things. He and I were able to discuss many things with great ease—that is also indescribable."

Clegg was drawn to Illinois in part by his desire to teach, and he was a gifted instructor and mentor: he was thorough, thoughtful, personable, and always well versed in the latest technologies and techniques in his field. He was deeply involved with the middle-school STEM-education initiative iRise (Illinois Researchers in Partnership with Science Educators) at the NSF Center for the Physics of Living Cells; through this program, he engaged graduate students enrolled in Physics 598SE to create engaging middle-school science lessons that included hands-on activities.

Postdoctoral Research Associate Sharlene Denos said of Clegg's rare gifts: "Bob was a remarkable scientist, educator, and human being. He was a mentor to me as a biophysics graduate student and, later, a wonderful colleague on many K-12 outreach projects. He was passionate about teaching and outreach with the K-12 community. Every teacher and student who interacted with him left feeling empowered and enthusiastic about science."

At Illinois, Clegg played a seminal role in the launch of the Department of Bioengineering, serving on the Committee to Form the Bioengineering Department (from 2000) and providing essential leadership in drafting its graduate curriculum.

Clegg also served on the faculty of the Biophysics Program at Illinois, where he was most recently especially engaged with developing laboratory courses.

Clegg received his bachelor"s degree in chemistry from Kansas State University in 1969. While an undergraduate, he spent a year (1966-67) as an exchange student studying at Giessen University in Giessen, Germany, where he met his future wife. He also studied at Bern University in Bern, Switzerland, as a Fulbright scholar (1968-69).

Clegg earned his doctorate in physical chemistry in 1974 from Cornell University. His dissertation, entitled Relaxation Kinetics Applying Repetitive Pressure Perturbations, was supervised by Professor E. L. Elson. In his doctoral thesis research, he developed a new method for measuring the relaxation kinetics of chemical reactions based on optical monitoring of a reaction system subjected to small repetitive pressure perturbations.

There he developed a diverse and very productive research program ranging from the development of state-of-the-art instruments, to investigations of basic problems in the structure of nucleic acids, and to the development of instruments and methods for clinical applications.  His accomplishments earned Clegg an international reputation in molecular biophysics, as demonstrated by the wide array of collaborative projects he developed with colleagues in Europe and North and South America.

Clegg was a visiting professor during the 1989-90 academic year in the Department of Physics at Illinois.

Dr. Clegg remained at the Max Planck Institute until he accepted a position as a full professor of physics at the University of Illinois at Urbana-Champaign, starting in January 1998.